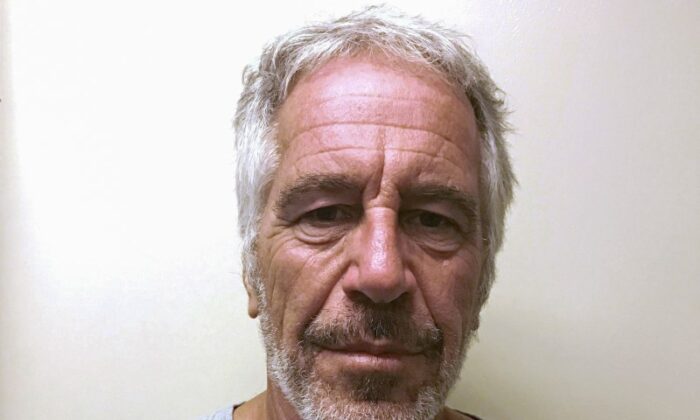 A federal judge dismissed the federal government’s criminal case against two New York City jail guards who admitted to fabricating records on the night well-connected financier Jeffrey Epstein was found dead in his cell during one of their shifts.

U.S. District Judge Analisa Torres in Manhattan dismissed charges against Michael Thomas and Tova Noel after prosecutors said both complied with deferred prosecution agreements that they agreed to last year. Last week, the prosecutors said the charges should be dropped.

A medical examiner ruled that Epstein killed himself in his cell on Aug. 10, 2019, when awaiting trial on sex trafficking charges. Epstein, who had connections to high-profile politicians and businessmen, had been previously convicted and sentenced for similar charges in 2008.

The guards agreed to hand over “truthful information related to their employment by the Bureau of Prisons, including about the events and circumstances described in the Indictment,” said a letter from federal prosecutors that was filed with court papers. In May, authorities said that Noel and Thomas agreed to complete 100 hours of community service and cooperated with the Department of Justice.

In a release, attorney Jason Foy said that Noel, his client, had provided the government with “truthful insight into the toxic culture, subpar training, staffing shortages, and dysfunctional management of the now-closed Metropolitan Correctional Center. In exchange for Ms. Noel’s cooperation, all charges against her were dismissed.”

He added: “The shortcomings and mistakes made by Ms. Noel were a result of inexperience, lack of proper and sufficient training, and being put in a position to fail by the leadership of MCC and the Bureau of Prisons,” reported The Associated Press.

Foy told the newswire service that Noel now faces administrative proceedings with the Bureau of Prisons.

A lawyer for Michael Thomas did not immediately comment.

It comes after British socialite Ghislaine Maxwell, who was allegedly Epstein’s former girlfriend, was convicted last week on five counts of trafficking young girls to be abused by the financier.

“A unanimous jury has found Ghislaine Maxwell guilty of one of the worst crimes imaginable—facilitating and participating in the sexual abuse of children,” U.S. Attorney for the Southern District Damian Williams said following Maxwell’s conviction. “Crimes that she committed with her long-time partner and co-conspirator, Jeffrey Epstein.”

She now faces as many as 65 years in prison, although some legal experts have said she might cooperate with prosecutors on other cases and face reduced sentencing.

Epstein’s death sparked widespread anger that he wouldn’t have to answer for the allegations. But it also triggered widespread speculation that he didn’t kill himself, especially as forensic pathologist Dr. Michael Baden, who had been hired by Epstein’s brother Mark, suggested several years ago that Epstein may have been the victim of a homicide.

“I think there’s a lot of information that still hasn’t been revealed yet that is essential in order to arrive at a conclusion, whether this is a suicide or homicide,” Baden said nearly two years ago in a Fox News interview. “I think the closing out of the case as a suicide so quickly was premature.”