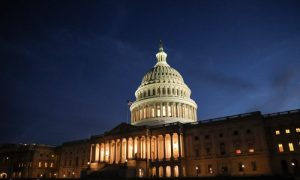 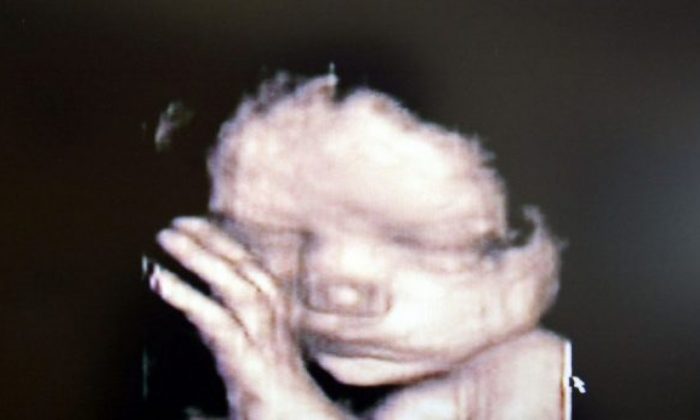 An undated 3D ultrasound showing a baby inside the womb. (Fotopress/Getty Images)
US News

A federal judge blocked a Kentucky law shortly after it was signed into law that would have stopped women from getting abortions on the basis of sex, race, or disability of the unborn baby.

House Bill 5 was passed by the state Senate 32-4 earlier in March after the House passed it 67-25 in late February. It was signed by Gov. Matt Bevin on March 19.

The order came five days after Hale blocked Kentucky from instituting another law it passed, Senate Bill 9 that would have banned abortion once a fetal heartbeat was detected, which is typically about six weeks after conception.

Hale’s orders were reported by the Louisville Courier-Journal. They were not made public and it wasn’t clear on what basis he blocked the laws from taking effect.

The American Civil Liberties Union (ACLU) filed challenges to both laws, asking Hale to block them until he decided whether or not they are constitutional. The group claimed that women have a right to have an abortion and that the bills infringed upon that right.

In a response filed in the U.S. District Court in Lousiville on Tuesday published by WYMT, Bevin’s office said that HB 5 bans “eugenics-based abortions.”

“EMW [Women’s Surgical Center in Louisville] and its abortionists have responded with a novel claim: Women have a constitutional right to undergo race-based abortions, gender-based abortions, and disability-based abortions. In (the) plaintiffs’ view, somewhere in the Fourteenth Amendment’s penumbra lies a secret protection of eugenics,” Meier added.

Eugenics is the practice of attempting to improve the human population by blocking the births of people considered to be inferior, including, historically, certain races.

Republican Rep. Melinda Gibbons Prunty, the bill’s lead sponsor, said after the state House passed the bill that abortions in such cases are “reminiscent of the social evil of eugenics.”

In its filing, the ACLU wrote: “Plaintiffs will prevail on their claim that the Bans are unconstitutional under 46 years of Supreme Court precedent, beginning with “Roe v. Wade,” 410 U.S. 113 (1973), which unequivocally holds that the State may not ban abortion before the point of fetal viability, regardless of the woman’s reason for her decision.”

“The Bans will cause immediate irreparable harm to Plaintiffs and most of their patients by criminalizing abortion,” it added.

But Kentucky officials said that the plaintiffs were not able to establish House Bill 5 as unconstitutional.

“In light of their weak merits arguments, Plaintiffs also cannot prove irreparable harm, nor can they establish that the public interest favors temporarily enjoining a law overwhelmingly passed in bipartisan fashion by the People’s representatives. Plaintiffs also cannot overcome the fact that enjoining House Bill 5 will cause substantial harm to others—primarily unborn children but also the medical profession.”

From NTD.com with reporting by Zack Stieber.