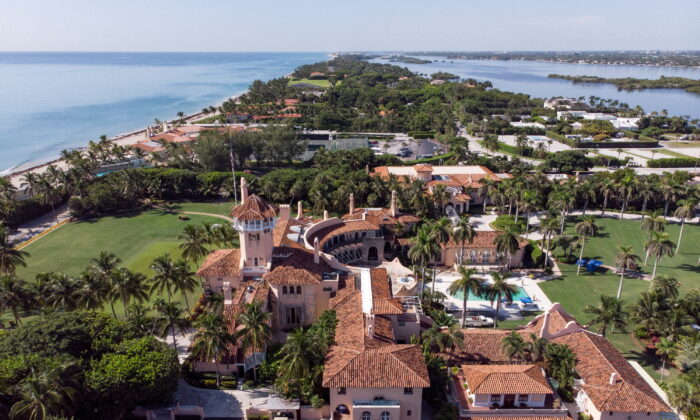 Federal agents who are investigating former President Donald Trump may still be working on the case despite being exposed to potentially privileged information, according to a new court filing.

The U.S. government employed what’s known as a filter team, composed of Department of Justice (DOJ) officials, to enter Trump’s Mar-a-Lago resort in August ahead of other agents, on what’s being referred to as the investigative team, and take control of all materials judged to potentially fall under attorney-client privilege.

The team identified approximately 520 documents that could be privileged, but missed other materials, according to a sealed court filing that was discussed in a recent court hearing.

“Those two instances I would also reference, Your Honor, are examples of the filter process actually working,” Hawk claimed.

“These instances certainly are demonstrative of integrity on the part of the Investigative Team members who returned the potentially privileged material. But they also indicate that, on more than one occasion, the Privilege Review Team’s initial screening failed to identify potentially privileged material,” U.S. District Judge Aileen Cannon, the Trump appointee overseeing the case, said in an order on Sept. 5.

Cannon also said the government’s explanation that the instances largely stemmed from being overly cautious with regards to defining potentially privileged material did not satisfy her, and wrote, “Even accepting the Government’s untested premise, the use of a broad standard for potentially privileged material does not explain how qualifying material ended up in the hands of the Investigative Team.”

The judge also revealed a detail from a sealed government filing: that the investigative team members who were exposed to the privileged materials may not be “walled off.”

“Perhaps most concerning, the Filter Review Team’s Report does not indicate that any steps were taken after these instances of exposure to wall off the two tainted members of the Investigation Team,” she said.

Cannon was writing in an order that granted Trump’s motion for a special master, or an outside party that will review the seized materials.

Unlike the filter team, the yet-to-be-appointed special master will look for materials that fall under executive privilege, in addition to attorney-client privilege.

The government had claimed that Trump’s executive privilege is not legitimate but the judge said he can assert it and the legitimacy will be decided in the justice system.