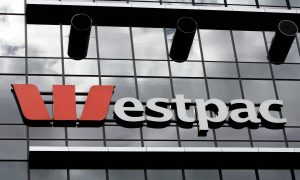 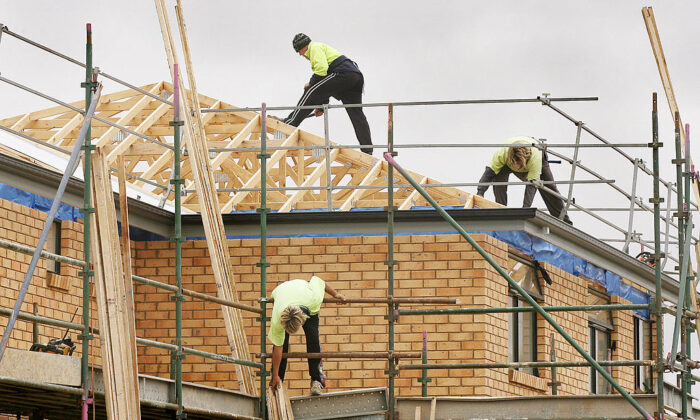 Builders work on a new house after Australia's central bank raised interest rates by 25 basis points to a six-year high of 6.25 percent Wednesday in an effort to head off inflationary pressures in Melbourne, 08 November 2006. (WILLIAM WEST/Getty Images)
Australia

Australian federal government is monitoring its HomeBuilder program, which provides grants of $25,000 for new homes and major renovations, amid reports some people may miss out because of a construction backlog.

Under the current settings, home builders must begin construction within three months of signing a contract to be eligible for the federal government payment.

But some building companies have become so swamped they are telling customers they can no longer guarantee starting work within that time frame.

Prime Minister Scott Morrison said right now the “settings are as they are”.

“But we’re watching those things closely,” he told reporters in Adelaide on Sept 26.

“The whole purpose of the HomeBuilder program was to get projects happening now, not 12 months from now.

“So we want to keep pressure in the system.”

Morrison said the government was conscious of the response to the program and was “listening carefully”.

He said the government remained in close liaison with the building industry and state governments.

“The HomeBuilder program has been tremendously successful,” he said.

“It’s an absolute job creator and it’s also providing that support to rebuild our economy.”

All states and territories have signed up to the HomeBuilder program, with applications being taken until the end of December.

For major renovations with a value of at least $150,000, the grant will be paid after construction has begun.

With new homes, grants will be paid after the foundations have been laid and the first progress payment has been made.

But some people who recently signed contracts are at risk of missing out because of delays with planning approvals and the high volume of construction work in the pipeline.

Some builders are telling new customers they cannot meet the deadline to begin work within three months.