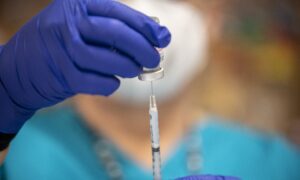 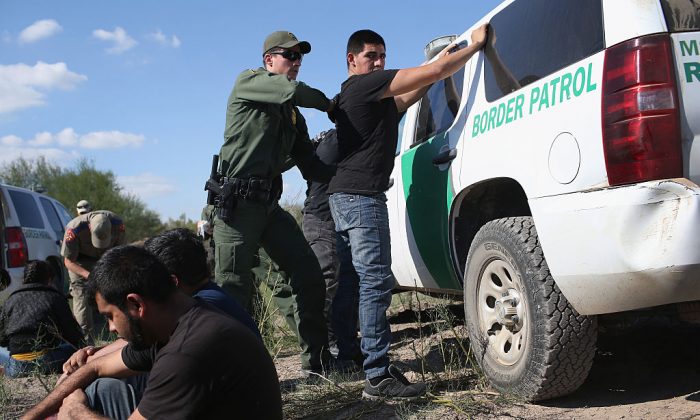 A U.S. Border Patrol officer body searches an undocumented immigrant after he illegally crossed the U.S.-Mexico border. (Photo by John Moore/Getty Images)
US

The federal government will start helping Texas pay for the job of securing its borders, Governor Greg Abbott announced in a statement on July 17. Members of Texas National Guardsmen will begin to transition to being under federal orders by the end of month.

Texas previously stretched its finances to help secure the border, a job that puts Texas up against refugees, human trafficking, major drug operations, and other issues that affect the entire country.

Texas legislators feel not forcing Texas to manage this initiative would open up opportunities for an enormous amount of money to go toward other purposes. State Senator Charles Perry  said, before President Trump was elected, “Logic would say if you finally have an administration that finally recognizes their role, then maybe that $800 million can stay with the Texas taxpayers,” according to the Texas Tribune.

“The taxpayers of Texas have funded border security, a federal responsibility, for far too long,” said Governor Abbott in the statement. The funding was expected sooner, given the increase in emphasis on border security by the Trump administration.

Texas has been carrying out a comprehensive and expensive border security effort, Operation Secure Texas, since 2014. Federal efforts were not enough to cover the amount of activity along the expansive Texas-Mexico border. The program brought together the Texas Department of Public Safety, Texas National Guard, and federal law enforcement in concerted operations.