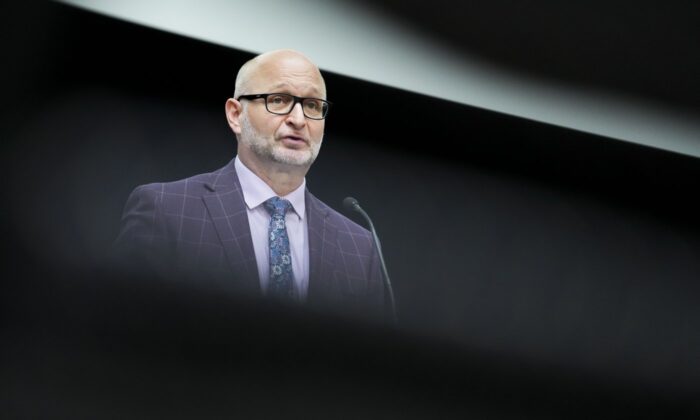 Justice Minister David Lametti makes an announcement in Ottawa on May 16, 2022. (The Canadian Press/Sean Kilpatrick)
Canada

But Lametti says he first wants to see how it’s implemented, adding that the law could be enforced in a way that doesn’t violate constitutionally protected rights.

Quebec’s Bill 96, adopted on Tuesday, extends strict French-language rules for businesses, requires immigrants six months after they arrive in the province to communicate with the government in French only, and caps enrolment at English-language junior colleges.

The law also proactively invokes the notwithstanding clause of the Canadian Constitution to shield the legislation from Charter challenges, and it grants language inspectors the power to search and seize without a warrant.

Lametti says the federal government will be closely watching the implementation of the law and isn’t ruling out a court challenge if the constitutionally protected rights of Quebecers, linguistic minorities or Indigenous Peoples are affected.

The minister says he has concerns the use of the notwithstanding clause has cut short debate on the law and that it removes an important dialogue between the courts and the legislature.