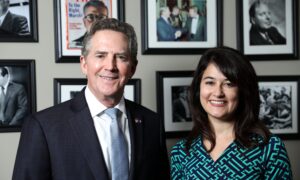 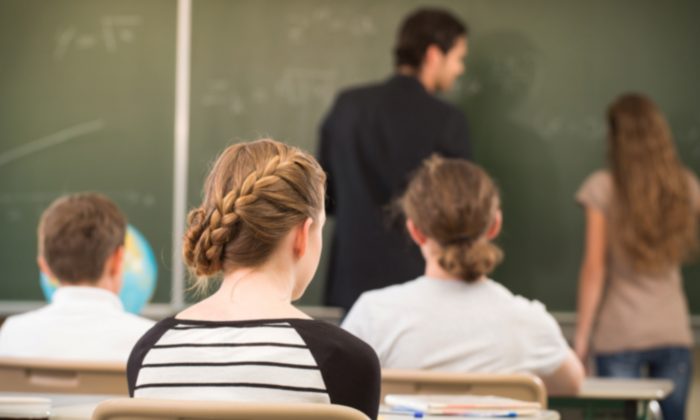 Children in a classroom in a stock photo. (Illustration - Shutterstock)
US News

The U.S. government has filed a brief in a federal court to express support for a Christian school in Maryland which is claiming discrimination against state officials after the state excluded it from a scholarship program.

The Justice Department and Department of Education filed a Statement of Interest on Tuesday in the U.S. District Court for the District of Maryland to explain that the Maryland State Department of Education had discriminated against Bethel Christian Academy when it revoked the school’s eligibility from its scholarship program due to the school’s beliefs regarding marriage and gender. The school was also ordered to pay back more than $100,000 for previously paid scholarships.

The BOOST program, which provides scholarships to students from low-income backgrounds to attend nonpublic schools, had non-discrimination rules that required schools to accept scholarship students without regard to race, color, national origin, sexual orientation, gender identity, or expression. It also does not require schools to adopt any rules that conflict with their religious or moral teachings.

Bethel said it does not turn down students based on sexual orientation but only asks students to refrain from engaging in any sexual conduct, according to the Alliance Defending Freedom, the religious rights organization defending the school.

In fall 2017, officials determined that Bethel had been non-compliant with its non-discrimination requirement after it read the school’s Parent-Student Handbook that stated the school supports “the biblical view of marriage defined as a covenant between one man and one woman” and that it believes “that God immutably bestows gender upon each person at birth as male or female to reflect His image.” The officials could not bring up any evidence of actual discrimination.

In June this year, the school filed a lawsuit against the state alleging violation of the First Amendment’s freedom of speech, freedom to exercise religion, and religion establishment clauses, and the Fourteenth Amendment’s due process and equal protection clauses. The state tried to dismiss the case but the court denied its claim on Nov. 14. Bethel also asked the court to block the state’s order at the school in October, according to the statement of interest.

In their statement, the two departments argued that Bethel had demonstrated that it is likely to succeed on its free speech and free exercise claims, because by penalizing the school for its beliefs, the state has effectively discriminated against the school.

The brief said that while states may prohibit discriminatory conduct “the school has represented that it will not discriminate against students based on their sexual orientation or gender identity,” and therefore the state officials are effectively punishing the school for its beliefs and expression, contravening the First Amendment.

The brief went on to argue that the Supreme Court in the case Trinity Lutheran Church of Columbia v. Comer made it clear that a private organization cannot be required to renounce its religious character to participate in a public benefit program.

Christiana Holcomb, legal counsel for Alliance Defending Freedom, told The Epoch Times in an emailed statement that it welcomed the departments’ support.

“The government may not discriminate against religious schools simply because it dislikes their religious beliefs,” Holcomb said.

“Bethel Christian Academy offers an academically rigorous and caring Christian education in a diverse environment, but Maryland has refused to play by its own rules, expelled Bethel from a neutral government voucher program without just cause, and demanded the repayment of over $100,000—money that empowered the education of low-income students,” she added.

“In short, we have not only the freedom to worship, but the right to exercise our faith,” he added. “The Constitution’s protections don’t end at the parish parking lot, nor can our freedoms be confined to our basements.”