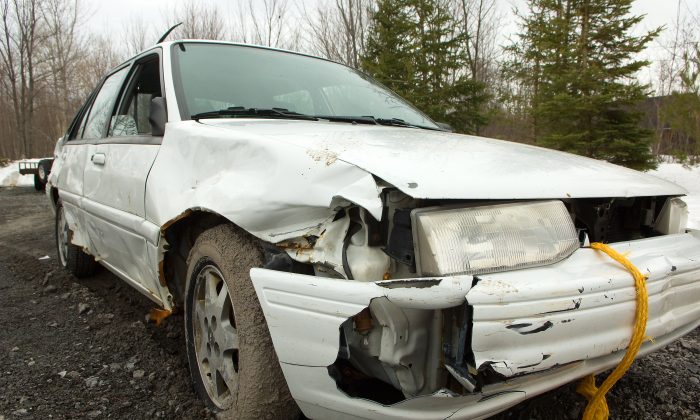 The 2008 road safety survey done by the Traffic Injury Research Foundation found that nearly 80 percent of Canadians say they are very concerned or are extremely concerned about drinking and driving. (Photos.com)
US

By Cindy Chan
Print
OTTAWA—Amid concerns that impaired driving is worsening in Canada, the federal government is considering a new law to allow police to conduct random breath testing.

Justice Minister Rob Nicholson talked about the possibility recently at a conference held by Mothers Against Drunk Driving (MADD), a group that works to stop impaired driving and support its victims.

It was one of MADD’s recommendations to the House of Commons justice committee in March.

“We’re pleased it was one of the recommendations coming out of the federal justice committee back to the justice minister,” Mr. Murie said. “If they’re sincere about making a difference, this is the one thing that will make that difference.”

The potential legislation means police would be able to request a breath sample without having to establish “reasonable” suspicion of impairment, as currently required under the Criminal Code.

The problem with this requirement is that alcohol consumption is hard to detect, as people do not always show obvious signs of being intoxicated or impaired, especially experienced drinkers, MADD says.

Thus police apprehend only a small percentage of impaired drivers, said the all-party committee’s report tabled in June, which noted that impaired driving remains the number one criminal cause of death in Canada.

The report also said that if an impaired driver escapes detection at a checkpoint, “it can serve to reinforce drinking and driving behaviour and increase the likelihood of its recurrence.”

The 2008 Road Safety Monitor (RSM) survey done by the Traffic Injury Research Foundation reported that 18.1 percent of Canadians admitted that in the past 30 days they drove after drinking alcohol, an increase from 15.8 percent in 2003.

MADD says impaired driving causes an average of four deaths and 207 injuries daily in Canada, and progress on curbing drinking ang driving has stalled since 1999.

“We still have about 40 percent of the deaths on roadways, trails, and waterways that are alcohol- and impaired-driving-related. That’s a lot—1,400 a year, 70,000 injuries,” Mr. Murie said.

He estimates that random testing would be able to reduce these figures “conservatively by 25 percent in the first year.”

In the first four years after introducing random breath testing, New South Wales, Australia, saw a 36 percent decline in driver deaths where the breath alcohol concentration (BAC) was over the 0.05 percent legal limit.

Under Canada’s Criminal Code, the BAC limit is 0.08 percent. Driving with a higher BAC or failing to comply with a demand for a breath sample carries a minimum $1,000 fine for the first offence. If the impaired driving caused bodily harm or death, the maximum penalty is 10 years’ and life imprisonment, respectively.

In addition, each of the provinces and territories has its own BAC limit, typically 0.05 percent, and has authority to impose sanctions including suspending licences and impounding the vehicles of repeat offenders.

This power to take immediate preventive action is in sharp contrast to efforts to enforce the law under the Criminal Code.

Many police officers report not laying charges because “the process is too time consuming, complex and not rewarding,” according to background information prepared for a 2007 impaired driving survey done for Transport Canada and MADD.

The RSM also found that Canadians are more concerned about drinking and driving than any other societal issue, with 79.8 percent saying they were very or extremely concerned. Moreover, 66.9 percent agreed or strongly agreed that police should be allowed to do random breath tests to detect drinking drivers.

But critics say it infringes on Canadian Charter provisions that protect people against “unreasonable search” and being “arbitrarily detained.”

David Eby, executive director of the B.C. Civil Liberties Association, says “Canadians generally have a feeling that the Charter of Rights and Freedoms is a good thing, that being free from arbitrary search and detention at the whim of a police officer is a good thing,” according to a CTV report.

Although it acknowledges that “there can be no guarantees when it comes to Charter litigation,” the committee provided arguments in its report to support its belief that the proposed law targets a pressing and significant problem and its measures cause minimal impairment to people’s rights and are reasonable and justified.

Noting that driving is not a “right” but a “privilege,” Mr. Murie said that “historically the courts have always ruled that driving is a privilege and has allowed reasonable violation to the Charter in the best interest of public safety.”

“The public has to understand that when you look at the numbers of 400 lives saved a year, 15,000 less injuries, that’s well worth it,” he said.

Mr. Nicholson is expected to respond to the committee report by October 19. His office did not return a call seeking comment.