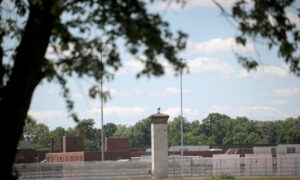 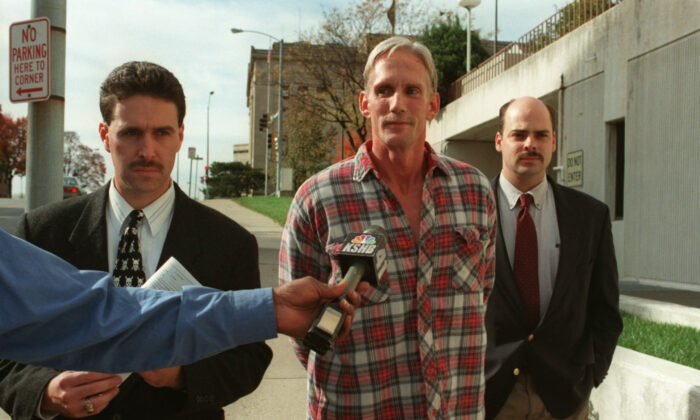 Wesley Ira Purkey, center, is escorted by police officers in Kansas City, Kan., in 1988 after he was arrested in connection with the death of 80-year-old Mary Ruth Bales. Purkey was also convicted of kidnapping and killing a 16-year-old girl. (Jim Barcus/The Kansas City Star via AP)
Judiciary

The second federal execution this week took place in Indiana after the Supreme Court cleared the way.

Wesley Ira Purkey, 68, who was convicted in 2003 of raping and murdering a 16-year-old girl, was executed at 8:19 a.m. at the Federal Correctional Complex in Terre Haute, Indiana.

Lawyers for Purkey claimed he suffered from dementia and schizophrenia, making him unable to understand his punishment.

But his final words included an apology to the family of his victim.

“I deeply regret the pain and suffering I caused Jennifer’s family. I’m deeply sorry,” he said.

“I deeply regret the pain I’ve caused to my own daughter who I love so very much.”

Department of Justice spokeswoman Kerri Kupec described the execution as justice being serve.

“After many years of litigation following the death of his victims, in which he lived and was afforded every due process of law under our Constitution, Purkey has finally faced justice,” she said in a statement.

“The death penalty has been upheld by the federal courts, supported on a bipartisan basis by Congress, and approved by Attorneys General under both Democratic and Republican administrations as the appropriate sentence for the most egregious federal crimes. Today that just punishment has been carried out.”

Chutkan said Purkey’s lawyers had “demonstrated a likelihood of success on his claim for a competency hearing” and that he would suffer irreparable harm if he wasn’t granted one.

In a brief order, Supreme Court justices in the majority said the application from the government to stay the injunction was granted, vacating the judge’s ruling.

Justices Samuel Alito, Clarence Thomas, Neil Gorsuch, and Brett Kavanaugh, and Chief Justice John Roberts, all nominated by Republican presidents, were the majority. They also cleared the way this week for the government’s execution of a white supremacist murderer.

That execution, carried out Tuesday, was the first federal execution in 17 years.

In a dissent, Justice Stephen Breyer, with whom Justice Ruth Bader Ginsburg joined, argued that the execution of Daniel Lewis Lee this week “revealed the inherent arbitrariness of the death penalty.”

Breyer said Lee’s co-defendant was sentenced to life in prison, not the death penalty, despite committing the same crime.

In a separate dissent, Justice Sonia Sotomayor, with whom Justices Ginsburg, Breyer, and Elena Kagan joined, attacked filings by government prosecutors, alleging they were not likely to succeed if the Supreme Court hadn’t intervened.

Breyer, Sotomayor, Ginsburg, and Kagan were elected by Democrat presidents.