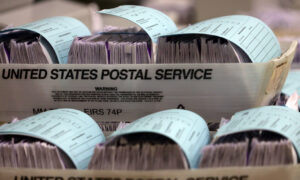 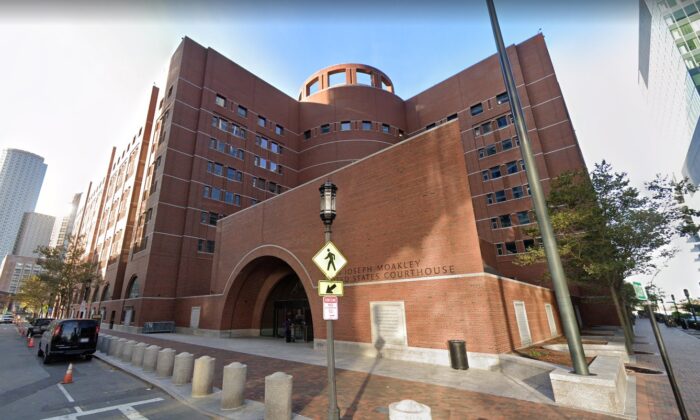 The courthouse of the U.S. Circuit Court of Appeals for the 1st Circuit in Boston on Feb. 4, 2021. (screenshot/Google Maps)
Judiciary

A federal appeals court rejected a health care union’s request that the judges reconsider their decision upholding the right of nurses not to be required to fund the labor group’s political lobbying.

The United Nurses and Allied Professionals (UNAP) union had asked the U.S. Circuit Court of Appeals for the 1st Circuit to reconsider its September 2020 ruling upholding Rhode Island nurse Jeannette Geary’s right not to be charged assessments used to cover the costs of lobbying and other political activities.

In its September decision, the judges, including former Supreme Court Justice David Souter, said they saw “no convincing argument that legislative lobbying is not a ‘political’ activity’” for which Geary can’t be forced to fund.

The September decision also upheld the National Labor Relations Board (NLRB) ruling in Geary’s favor, saying the board was correct that Supreme Court precedent dictated that nonmembers could never be required to fund union lobbying.

Geary has been represented pro bono throughout her fight, which began in 2009, by attorneys from the National Right to Work Foundation (NRTWF).

The foundation won the landmark 1988 Supreme Court decision in Communications Workers of America v. Beck that guaranteed the right of individuals not to have to pay dues for political activities they don’t support.

“Geary, who worked as a nurse at Kent Hospital in Warwick, Rhode Island, filed unfair labor practice charges [in 2009] after UNAP officials failed to provide her evidence of a legally required independent audit of its breakdown of expenditures. She also challenged the union’s forcing her and other employees to pay for union lobbying activities in state legislatures,” the NRTWF said in a statement on Feb. 4.

“The Foundation-won Beck decision mandates that private-sector workers in states without Right to Work protections can only be forced to pay union dues for union activities ‘directly germane’ to the union’s bargaining functions, which excludes political activity like lobbying. In another Foundation-won case, Hudson, the Court held that union officials must provide an audited financial breakdown of how forced union dues are being spent.”

There are currently 27 states that have adopted “Right to Work” laws that guarantee an individual no person can be forced to join a union as a condition of employment.

Previously, under President Barack Obama, the NLRB had ruled against Geary in 2012. But then, in a March 2019 decision, the board reversed itself, saying, according to the NRTWF statement: “The NLRB ruled 3–1 that union officials violate workers’ rights by forcing nonmembers to fund any union lobbying activities.

“It also ruled that union officials must provide independent verification that the union expenses they charge to nonmembers have been audited. Unwilling to stop forcing workers to fund lobbying activities, UNAP union bosses then asked the First Circuit Court of Appeals to overturn this ruling.”

Mark Mix, NRTWF’s president, said in the statement that “the First Circuit’s unanimous ruling for Ms. Geary, followed by denial of rehearing, demonstrates the clarity of the Supreme Court’s standard in Beck, and shows how flagrantly UNAP officials disregarded her and her coworkers’ Beck rights well over a decade ago.”

Mix added, “While it is just plain wrong to force workers to shell out cash for union political expenses as a condition of keeping their jobs, federal labor law as a whole needs reform so no worker is forced to accept or pay for the ‘representation’ of union hierarchies they don’t want and never requested.”

The decision to uphold the NLRB in the Geary case points to the importance of a controversy that exploded on President Joe Biden’s first day in the Oval Office.

Biden fired then-NLRB General Counsel Peter Robb, who initially declined the president’s request for his resignation. The NLRB general counsel position is a presidential appointee for a four-year term, and subject to confirmation by the Senate.

Robb had about eight months left of his four-year term, and it isn’t clear if a president has the authority to terminate an individual in such a position prior to the completion of their term.

When Robb was terminated by Biden, his deputy, Alice Stock, became the acting general counsel, but she was also asked to resign and was fired when she declined to do so.

The NLRB now has an acting general counsel, Peter Ohr, who promptly repealed guidance that Robb had authored last year directing the board’s regional directors to enforce worker rights, as defined by the Beck decision.

Late on Thursday, Mix told The Epoch Times that “Geary’s victory today is a reaffirmation of the commonsense principle that workers who choose to dissociate from union bosses should not be forced to fund their political and lobbying activities, as recognized by both the Supreme Court in the Foundation-won Beck decision and the NLRB earlier in Geary’s case.

“It’s clear that the Biden administration, which fired Robb on legally dubious grounds and replaced him with Ohr at union bosses’ behest, is intent on expanding union boss power to the detriment of individual workers.”

Four House Republicans have asked the White House Counsel’s office and the Biden–Harris transition team for the Department of Labor for all documents concerning Biden’s firing of Robb and Stock.