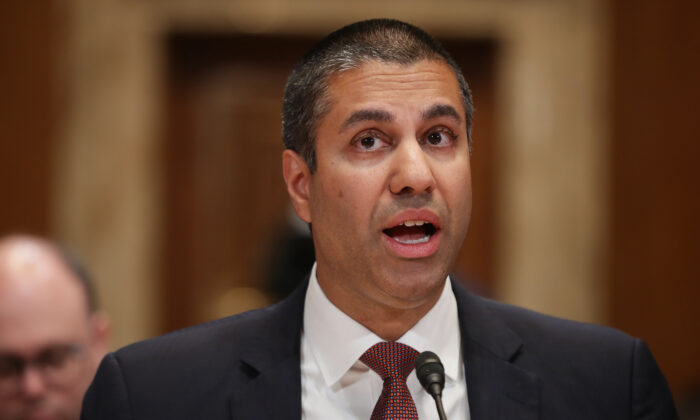 In a legal win for the Trump administration, a federal appeals court upheld the Federal Communications Commission’s repeal of Obama-era so-called net neutrality protections in a ruling that seemed to encourage states to impose their own regulatory schemes on the internet.

The Obama administration had pushed for net neutrality rules that would have established regulations about how internet service providers, or ISPs, manage their networks. Such rules have been invalidated by courts, which have found that the FCC was without statutory authorization to impose them. However, treating the internet like a public utility, as the Obama administration favored, would have put net neutrality rules on a more solid legal footing.

The principle of net neutrality requires ISPs to treat all internet traffic equally. Critics say net neutrality would slow down the internet, make it more difficult to block spam, require the hiring of more government bureaucrats, and discourage investment in high-speed internet.

But a score of state attorneys general and some internet companies had argued in the course of the litigation that the FCC acted in an “arbitrary and capricious” manner that would permit ISPs to “abuse their gatekeeper roles in ways that harm consumers and threaten public safety.”

Critics said the FCC move was a “threat to free speech” and warned that ISPs would begin charging higher fees for some services and blocking websites for their political viewpoints, according to a news analysis in Reason magazine. Those critics conjured up a “‘dystopian’ future internet in which ‘the basics are barely tolerable, and everything else costs extra.’”

As a result of the FCC’s “misguided action, our broadband providers will get extraordinary new powers,” Democratic FCC Commissioner Jessica Rosenworcel predicted at the time. “They will have the power to block websites, the power to throttle services, and the power to censor online content.”

The case, cited as Mozilla Corp. v. FCC, was decided Oct. 1 by the District of Columbia Circuit Court of Appeals.

In a lengthy opinion, the judges sided with the FCC and its Republican-appointed chairman, Ajit Pai, over the agency’s 2017 decision to phase out rules that forced Verizon, Comcast, and other service providers to treat all internet traffic equally. The judges wrote that they found the arguments by government officials, technology companies, and activists “unconvincing” and “unreasonable.”

Pai lauded the decision in a statement, saying, “The court affirmed the FCC’s decision to repeal 1930s utility-style regulation of the Internet imposed by the prior administration.”

At the same time, the court determined that the FCC exceeded its authority when it blocked states from enacting net-neutrality-like regulations on their own. California, the home of Silicon Valley, created its own rules in 2018, but they haven’t yet been enforced pending the outcome of this legal case because the U.S. Department of Justice reportedly objected to them.

Net neutrality could become a hot political issue in the 2020 Democratic presidential primary race. Many of the candidates strongly support net neutrality, but the issue has largely been moved to the back burner since President Donald Trump was inaugurated.

Rosenworcel renewed her objections to winding down net neutrality after the appeals court ruled, according to The Washington Post.

“What this means is that net neutrality is still going to be a big part of our discussion in this country,” she added. “There is still a fight to be had, and now it is both at the FCC and at the state and local level.”

Mozilla Corp., creator of the Firefox internet browser and a party to the litigation, hasn’t yet decided if it will appeal the court ruling, but the company’s chief legal officer, Amy Keating, said, “Our fight to preserve net neutrality as a fundamental digital right is far from over.”