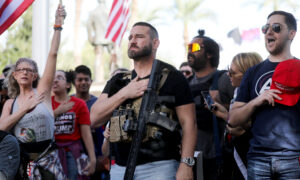 'Over a Million People' Will Rally in Washington to Pressure Congress: 'Stop the Steal' Organizer
0
Share Now
FacebookTweetParlerEmail
Copy Link 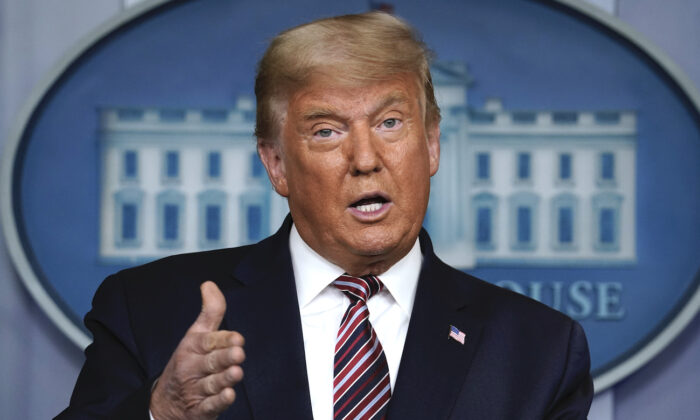 A federal appeals court in California ordered the lifting of a ban on President Donald Trump’s proclamation that blocks immigrants from entering the United States if they lack health insurance or the means to pay for hospital bills.

In a Dec. 31, 2020, opinion (pdf), the Ninth U.S. Circuit Court of Appeals in San Francisco said that Trump acted within his authority when, in October 2019, he signed the Proclamation on the Suspension of Entry of Immigrants Who Will Financially Burden the United States Healthcare System.

The ruling reverses a federal court decision to block the implementation of the president’s order, delivering a win for proponents of tighter controls over immigration.

Trump’s order restricts entry of immigrant visa applicants who can’t prove that they either will acquire qualifying health care coverage within 30 days of entry or have the ability to pay for reasonably foreseeable health care expenses. The president said in the proclamation that American taxpayers bear the costs associated with providing health care to uninsured immigrants, coming in the form of higher taxes, higher premiums, and higher fees for medical services.

After Trump issued the proclamation, seven U.S. citizens sued, claiming the order unfairly blocked their family members from immigrating to the United States. A district judge in Oregon issued a nationwide preliminary injunction in the case in November 2019, blocking implementation of Trump’s order while the lawsuit continued, arguing that the proclamation was likely illegal and the plaintiffs were likely to succeed on the merits of the case.

In a 2–1 decision, the Ninth Circuit Court disagreed, with U.S. Circuit Judge Daniel Collins writing in the opinion that the proclamation did not contradict established law.

“We turn first to whether the district court correctly held that Plaintiffs were likely to succeed on the merits of their ultra vires cause of action, which alleges that the Proclamation exceeds the President’s delegated authority, conflicts with congressional judgments embodied in the INA [Immigration and Nationality Act], and violates the separation of powers,” Collins wrote.

“We conclude that Plaintiffs have not demonstrated a likelihood of success as to any of their challenges to the Proclamation,” he wrote, adding that “the district court abused its discretion in granting the preliminary injunction enjoining the Proclamation’s implementation.”

In a dissenting opinion, U.S. Circuit Judge A. Wallace Tashima said he agreed with the district court ruling, arguing that Trump’s proclamation “has no nexus to national security, addresses a purely domestic concern (uncompensated health care costs), lacks any conceivable temporal limit, and works a major overhaul of this nation’s immigration laws without the input of Congress—a sweeping and unprecedented exercise of unilateral Executive power.”

Trump, in 2016, campaigned on tighter immigration controls and vowed to curb illegal immigration into the United States, including by means of his signature U.S.–Mexico border wall project.