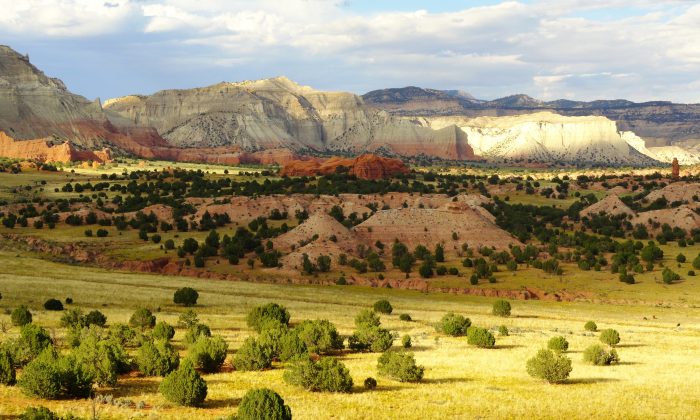 Why are many people—including the militiamen occupying the Malheur National Wildlife Refuge in Oregon—angry that the federal government owns almost half of the land in the American West? We consulted two experts on public lands and natural resources about the longstanding controversies over federal control of public lands.

Robert Keiter, professor of law, University of Utah: The fact that public lands cover much of the West is a recipe for conflict over national and local values. Many rural western communities earn major revenues from public lands, so federal efforts to manage these lands more actively have historically provoked negative responses. The 1970s Sagebrush Rebellion and the 1990s County Supremacy Movement are examples.

Changes at the national and international levels in recent decades have altered federal land management policies and reduced activities such as logging, mining, and livestock grazing that provide revenues to western communities. Demographically, the West is the nation’s fastest-growing and most urban region. Newcomers with strong environmental values are moving in and diversifying western state economies. In many ranching communities, wealthy outsiders who don’t share local residents’ values or concerns are buying up ranches. And when the federal government designates land for new national parks and wilderness areas, it puts those acres off-limits for traditional activities.

Laws such as the Endangered Species Act and the National Environmental Policy Act have increased regulation of public lands over the past several decades. And the courts have become more involved in public land controversies. These changes fuel local anger toward the federal government because critics see them as threats to rural western communities and lifestyles.

Robert Nelson, professor of public policy, University of Maryland: The West has historically been more ambivalent about federal ownership of western land than current rhetoric might suggest. Perhaps the truest statement ever made about the West and its attitude to the large federal presence there is, “Go away and give us more money.”

Today westerners of all political stripes resolutely oppose proposals to privatize public lands. At the same time, they are increasingly willing to consider transferring federal lands to the states or other steps that would radically decentralize management authority while keeping land in public ownership. I have recently proposed, for example, the creation of “charter forests,” modeled after urban charter schools.

From the western point of view, however, rather than going away, federal control has been steadily tightening, especially under the Obama administration. Most public land decisions involve deep conflicts over competing values, such as economic development versus protecting and restoring nature in its historic natural condition. An example would be choosing whether to build a ski resort or establish a mountain wilderness. This means that nationally based values, most forcefully advocated by the environmental movement, often are coercively imposed on rural westerners who have very different values. In some cases these conflicts can even take on a quasi-religious character.

Elsewhere in the United States, where there is far less federal land, similarly deep value conflicts are much more frequently resolved among state and local governments and private land-owners. This discrepancy is a major reason why rural westerners believe that they are being treated unequally and unjustly. Moreover, federal land management in the West has become increasingly dysfunctional, reflecting wider trends at the federal level. And in recent years the federal government has had less money to send to the West. The federal-state mutual accord has been federally and unilaterally abrogated.

What does the Constitution say about federal land ownership? Where have courts come down on this question?

Robert Keiter: Article 4 of the U.S. Constitution gives Congress the “Power to … make all needful Rules and Regulations respecting the … Property belonging to the United States.” Most of the West’s lands were originally acquired by the national government by purchase or treaties from foreign nations that originally claimed them from Native Americans.

Congress enacted laws such as the Homestead Acts that created mechanisms for transferring these lands into private ownership. But in the 1890s Congress started keeping forest lands in federal ownership in order to conserve watersheds and timber resources. When this decision was challenged, the Supreme Court upheld Congress’ power to create forest reservations and rejected the argument that continued federal ownership of these lands intruded on state sovereignty. More recently, the Supreme Court affirmed in 1976 that “the power over the public land entrusted to Congress is without limitations.”

Robert Nelson: Over the past several decades, some leading American scholars have increasingly questioned the current system. For example, Roger Sedjo, director of the forest economics and policy program at Resources for the Future, questioned in 2000 whether the U.S. Forest Service still had a clear mission. The longtime dean of American political scientists studying the public lands, Sally Fairfax at the University of California at Berkeley, has raised similar questions. These are inherently political, but that has not stopped the Supreme Court before from interjecting itself into issues such as the proper role of the federal government in the West under the American federal system.

Robert Keiter: It is worth noting that except for some national parks, the states share legal authority with the federal government over national forests and other federal lands under the concept of concurrent jurisdiction. So state laws and policies generally govern wildlife and water management on the federal lands. Western congressional delegations closely supervise federal land management agencies, including the agencies’ budgets. Many of the problems that Robert Nelson alludes to regarding the Forest Service and the Bureau of Land Management can be traced to congressional budget cuts and Congress’ reluctance to provide the agencies with a separate budget for fighting wildfires on public lands, which has become extremely costly in recent years.

Are there examples of peaceful land transfers from federal ownership back to state or local control?

Robert Keiter: President Herbert Hoover sought to transfer public lands to the western states during the early 1930s, but western governors rejected those efforts because the federal offer did not include mineral deposits underneath the land. But it is hard to imagine that Congress would agree to transfer federally owned minerals to the states or local governments. Coal, oil, and gas development provide billions of dollars in revenue for the national treasury, and these energy sources also are important to national security.

However, the federal government has carried out major land exchanges with individual states, most notably Arizona in the 1980s and Utah in the 1990s. These exchanges eliminated checkerboard ownership patterns that made it hard to manage federal resources efficiently.

The real solution is to engage westerners in resource management decisions through collaborative initiatives that let people voice their interests and concerns as part of an inclusive decision-making process. These types of initiatives have successfully addressed numerous conflicts across the West and ensured that local concerns are reflected in resource management decisions.

Congress also should stabilize the payment-in-lieu-of-taxes system, so that western states receive funds that have been promised them to compensate for federal lands not subject to local property taxes. And federal land agencies should consider keeping managers in the same location for longer periods of time so they can build relationships with local residents.

Robert Nelson: I agree that land exchanges are a useful incremental step, but they also illustrate federal land management dysfunction. It typically takes many years to work out an agreement, and sometimes Congress has to intervene to complete exchanges that may not involve more than a few hundred acres.

I also agree that the historic relationship between western states and the federal government is more complicated than it might seem. When I worked in the Interior Department in the early 1980s, I learned that the Sagebrush Rebellion was mostly western political rhetoric that sought to reverse four years of actions by President Jimmy Carter’s administration and reestablish the old system, where the federal government followed western wishes and sent the states more money.

But times may have changed. Utah recently produced a detailed study of the practical implications of transferring “ordinary” public lands (not including national parks or wilderness areas) within Utah to state control. Using the state’s data, I estimate that if federal surface lands and mineral rights in Utah had been transferred to the state in 2012, the federal government would have saved about [about] million annually starting in 2013, and Utah would have incurred an added fiscal burden of about $100 million. Contrary to Robert Keiter’s suggestion, the federal government could give away all of its mineral rights, and still benefit fiscally from a large-scale transfer of federal lands to the state of Utah.

If I lived in Utah, I would call $100 million a year a cheap price for my “freedom.” Moreover, with better land management and less cumbersome federal regulation, it would probably not take long for Utah to start earning a good profit on those lands.

Robert Keiter: As for a possible transfer of federal lands to the state of Utah, it is not at all clear how the state would manage the lands. To pay the basic management costs, however, the state would have to promote extensive mineral development at the expense of other resource values. And even then the state would face a significant revenue shortfall at current oil and natural gas prices, and even if these prices went up well beyond current levels. Further, there are no mechanisms under state law for the public to participate in land planning and project decisions. I recently coauthored a paper on this issue which concluded that management of previously public lands would change dramatically because states would struggle to offset millions of dollars in new management costs, and thus would prioritize commodity production over resource protection.