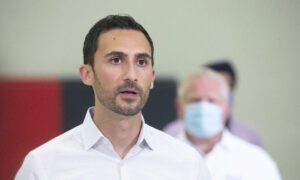 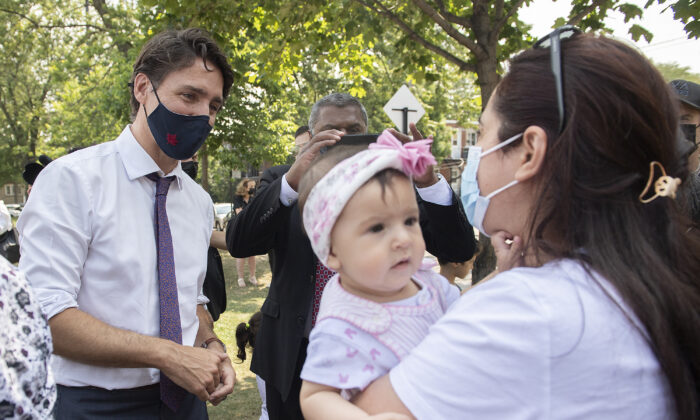 The governing Liberals made universal child care an election pledge during a campaign stop in Ontario on Aug. 17, two days after Prime Minister Justin Trudeau called an early election for Sept. 20.

But as more provinces sign up for the federal government’s universal child-care program, experts warn that the subsidy could lead to aid dependency among daycare centres and parents as well as lower wealth levels.

The 2021 federal budget proposed spending up to $30 billion over the next five years to reduce child-care fees to an average of $10 a day in regulated centres across the country and to support early childhood learning services.

Douglas Allen, an economics professor at Simon Fraser University, says a child-care subsidy would have different effects for families with different income levels.

“But that’s not an increase in our wealth, because the only reason why you see it as an increase in wealth is you’re ignoring the fact that the mom was previously providing daycare—she was providing a service, it just didn’t enter the GDP account. I think that’s the huge issue,” Allen said in an interview.

This approach is similar to the so-called “broken window fallacy,” Allen said, where a boy breaks a window and people come to the conclusion that he has done the community a favour because his father will have to pay the glazier to repair the damage. The glazier will in turn have money to buy bread from the baker, who will then be able to buy a suit from the tailor, and so on, stimulating the local economy.

“It’s a famous fallacy, and that is exactly what this [policy] is—if you ignore a cost, then an action could look like it’s beneficial, but it only looks beneficial because you ignore the cost. In this case, you ignore the fact that the mom is likely the most efficient child-care provider,” he said.

“I think usually there should be a very strong social good produced when the government gets involved in anything. And it strikes me that the best people to raise children and look after them are the parents and the family members.”

The governments of Ontario and Alberta have been more cautious, however, and are in ongoing negotiations with Ottawa.

“We’re very committed to a good deal for Ontario, but it must respond to the unique advantages of this province,” Ontario Education Minister Stephen Lecce said at a press conference on Aug. 16.

Alberta wants more flexibility regarding the funding. Premier Jason Kenney has said the needs of “hundreds of thousands of Alberta families [that] use a mixture of different solutions, including informal care,” need to be taken into consideration.

After Saskatchewan announced on Aug. 13 that it would join the program, the federal government issued a press release saying that by the end of 2022, Saskatchewan families will see a 50 percent reduction in average parent fees for children under age 6 who are in regulated child care.

Paz Gomez, a research associate with the Frontier Centre for Public Policy, describes the subsidy as “a shallow, top-down policy that would generate aid dependency from child-care centres and parents.”

He said the subsidy could also reduce competition between child-care centres and have other unforeseen consequences.

“High prices often stem from burdensome regulations, which keep out competitors. While subsidies might work as a short-term Band-Aid, massively increased demand without increased supply is bound to generate higher costs and less pressure for quality improvements,” Gomez wrote in a recent commentary.

“Co-ordinating state-backed child care would not, on its own, generate better quality nor more affordable service. If the policy disregards household needs and lifestyles, taxpayers would only finance the officials’ whim to turn Canada into a literal nanny state.”

One aim of the child-care plan is to help women return to the workforce, as close to half a million women lost their jobs during the COVID-19 pandemic, including more than 200,000 remaining unemployed for at least 12 months, according to a report by RBC.

However, while bringing more people into the workforce appears to increase overall GDP, the subsidy could have the effect of reducing overall wealth, Allen said.

“All the problems that come about because of subsidies—namely, there has to be increased taxation, taxation causes people to work less, people working less causes reduction in GDP—that’s going to reduce our wealth level,” he said.

Allen says there’s also the question of whether the subsidy means the state will be more involved in the provision of daycare.