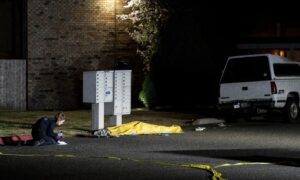 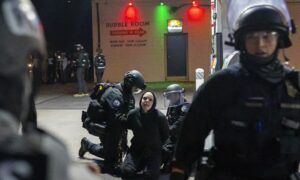 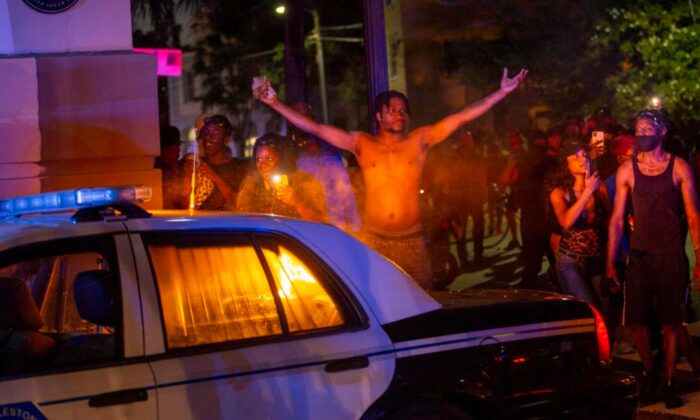 Six people are facing federal charges for alleged crimes committed during riots in late May in the wake of George Floyd's death. (Justice Department)
Crime and Incidents

The Justice Department (DOJ) on Tuesday announced that six people are facing federal charges for participating in riots and civil unrest in South Carolina in May.

In the wake of George Floyd’s death, many people around the country took to the streets to protest against police brutality and the use of excessive force by law enforcement. While many protests were peaceful, some cities saw rioters engage in violent acts, looting, and rioting, leading to the widespread destruction of public and private property, as well as injuries, and deaths.

This was the case in Columbia and Charleston, South Carolina, on May 30 and 31, where violent agitators disrupted peaceful protests and engaged in violent behavior that threatened public safety, vandalized business, and destroyed public property, U.S. Attorney Peter McCoy, Jr. said.

“This is unacceptable and crosses a line, and this office will always stand up for law and order. We worked diligently with our federal, state, and local law enforcement partners to identify, arrest, and prosecute the individuals whose violence, vandalism, and destruction violated federal law. By escalating and inciting violence, these individuals interfered with the legitimate forms of expression and Constitutionally protected activity,” McCoy said in a statement.

According to federal prosecutors, the six people charged or agreed to plead guilty include:

Woods was brought before a federal court on Thursday, while court dates for the remaining individuals have not been scheduled, federal prosecutors say.

Prosecutors say some of the charges carry significant maximum prison sentences, such as arson, which is punishable by up to 20 years in prison. Meanwhile, the individuals charged with civil disorder and inciting a riot could face up to five years in prison if found guilty.

Attorney General William Barr has long been condemning the rioting and calls to defund the police as a response to Floyd’s death. While there is still work to improve the relationship between the African American community and law enforcement, Barr said, responding to problems with violence, acts of demonizing the police, and proposals to defund them are counter-productive and can be “gravely injurious to our inner-city communities.”

“When a community turns on and pillories its own police, officers naturally become more risk-averse, and crime rates soar. ­Unfortunately, we are seeing that now in many of our major cities,” he said, during his opening statement at a House Judiciary Committee hearing in July.

Barr highlighted the destruction and chaos experienced during the persistent civil unrest in Portland, Oregon, which has seen continuous violence and rioting for months, causing dozens of injuries and a death. Federal law enforcement agents have been deployed to address the violence, sparking widespread criticism from local and state officials and lawmakers saying that the deployment had escalated the violence.

However, Barr and acting Department of Homeland Security (DHS) Secretary Chad Wolf have said on separate occasions that it was the responsibility of the federal government to protect federal property, especially when the states are not fulfilling their duties to do so.

As of Aug. 31, DOJ spokesperson Kerri Kupec said in an update that 300 individuals have been federally arrested, while 302 have been charged federally amid civil unrest across the nation.