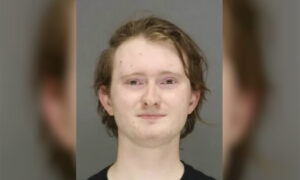 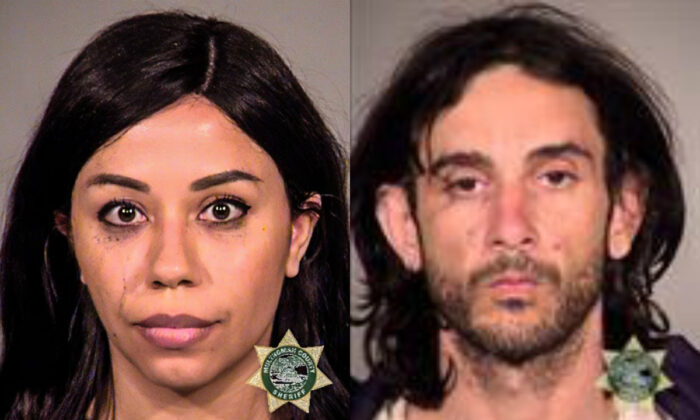 A Portland woman and Seattle man allegedly involved in rioting in Portland in recent weeks were charged by federal prosecutors with civil disorder.

The charges are the first of their kind brought by Billy Williams, U.S. Attorney for the District of Oregon, as federal focus on Oregon’s largest city intensifies.

Michelle Peterson O’Connor, 31, was among a crowd of agitators that targeted the Portland Police Bureau’s North Precinct early on Aug. 24, Williams’s office said.

As police officers worked to disperse rioters who refused to clear the area, they witnessed O’Connor pick up a helmet from the ground and chuck it an officer who was arresting another person, according to court documents.

O’Connor was arrested without incident.

The Portland resident appeared in federal court on Wednesday and was released pending further proceedings.

If convicted, O’Connor faces up to five years in federal prison.

According to her LinkedIn page, O’Connor is a sales manager at Portland Paramount Hotel. The hotel didn’t immediately respond to an inquiry.

Jesse Herman Bates, 38, of Seattle, was charged for allegedly shooting a firefighter with a ball bearing during unrest in Portland on July 13.

According to court documents, firefighters were trying to douse a fire in the middle of an intersection in downtown that was blocking traffic.

A crowd of approximately 300 people were in the area. Some of them were assaulting police officers and damaging and vandalizing property.

A firefighter who was crossing the street to brief his team was struck in the chest with a round metal ball bearing. The firefighter said the shot came from a person in the crowd who fired the bearing using a wrist rocket-style slingshot.

A Multnomah County Sheriff’s Office deputy saw the suspect on camera and identified him as Bates.

Bates was found around 3:50 a.m. with a crowbar in his hand in Lownsdale Square, which has regularly been used as a staging area during riots.

Bates fled from officers but was arrested after being hit by a less lethal munition to his backside. Bates was later released.

Police detectives in Seattle late last month received Bates’s outstanding federal arrest warrant and circulated it across the police department. Officers checked his last known address and found out Bates spent time at Cal Anderson Park, the nexus of the so-called autonomous zone in Seattle. Officers spotted Bates near the park on Tuesday and took him into custody. He was transferred to Oregon by the FBI.

Bates also faces up to five years in prison.

Reached by The Epoch Times, the public defender representing both Bates and O’Conner, Robert Hamilton, declined to comment.

Renn Cannon, who heads the FBI in Portland, told the Associated Press last week that the bureau was shifting agents from fraud and organized crime teams to focus on crimes committed during the unrest that’s shaken the city since May 28.

Officials were “making the assessment that we should be trying to do a little more than we have, because the cumulative effects and the nature of the problem indicate that the community needs help,” Cannon said.

Another step toward quelling the unrest came this week as the U.S. Marshals Service cross-deputized Oregon State Police troopers who were sent back to the city following a deadly shooting on Saturday.

The move was widely seen as aimed at bypassing Multnomah County District Attorney Mike Schmidt’s office, which recently announced that prosecutors would presumptively drop charges against some people arrested during protests and riots.

“We continue to prioritize public safety resources in Multnomah County by focusing on the violent crimes occurring at protests and in our community, including the recent and alarming increase in gun violence this summer,” a spokesman for Schmidt’s office said in an email to The Epoch Times earlier Wednesday.