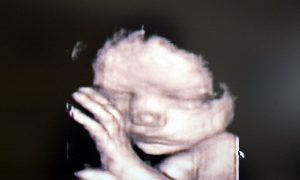 A federal appeals court has ruled that Ohio’s decision to cut funding to healthcare groups that provide abortions is constitutional.

The state passed a law in 2016 that bars the health department from funding organizations that “perform nontherapeutic abortions.” Two Planned Parenthood groups—America’s largest abortion provider—in Ohio subsequently brought a lawsuit against the state claiming that the law imposes an unconstitutional condition to receive public funding.

The 6th U.S. Circuit Court of Appeals ruled 11-6 on March 12 (pdf), saying that the condition did not violate the constitution because the groups do not have a due process right to perform abortions. This ruling overturns a previous decision by a three-judge panel in the same court that found the law unconstitutional.

Judge Jeffrey Sutton, who wrote the majority opinion, said the state’s law did impose a condition on funding, but the condition was not unconstitutional. He wrote, “Private organizations do not have a constitutional right to obtain governmental funding to support their activities.”

“The state also may choose not to subsidize constitutionally protected activities. Just as it has no obligation to provide a platform for an individual’s free speech, say a Speaker’s Corner in downtown Columbus, it has no obligation to pay for a woman’s abortion. Case after case establishes that a government may refuse to subsidize abortion services.”

He continued, “the Supreme Court has never identified a freestanding right to perform abortions. To the contrary, it has indicated that there is no such thing. … Medical centers do not have a constitutional right to offer abortions. Yet, if we granted Planned Parenthood relief today, we would be effectively saying that they do.”

Sutton also found that Ohio’s law “will not create an undue burden on a woman’s right to an abortion” as it does not condition a woman’s access to any public health programs on refusing to obtain an abortion. He added that Planned Parenthood has not demonstrated that the law would “limit the number of clinics that offer abortions in the State.”

In the dissent, Judge Helene White said the funding conditions in the law would result in an undue burden on a woman’s right to obtain nontherapeutic abortions if imposed directly, and that the six federal programs have nothing to do with the healthcare group’s performing abortions, advocating for abortion rights, or affiliating with organizations that engage in such activity.

The court’s decision was welcomed by pro-life groups like the Americans United for Life.

In an emailed statement to The Epoch Times, the organization’s president, Catherine Glenn Foster, said: “As the full Sixth Circuit Court of Appeals has made clear today, Planned Parenthood, America’s biggest abortionist, has no constitutional ‘right’ to offer women abortions, nor to receive public taxpayers dollars for doing so.”

“AUL applauds the court’s strong denunciation of Planned Parenthood’s ‘Big Lie’ that it represents the best interests of women when it advocates for the kind of unlimited abortion on demand that New York recently adopted, and we look forward to a similar conclusion by the federal courts affirming this Administration’s decision to keep Title X funds out of the hands of abortionists like Planned Parenthood,” she said.

Title X of the Public Health Service Act, a grant program established in the 1970s, pays for family planning projects for mostly poor people. It’s been prohibited from funding abortion services, but President Bill Clinton changed the rules so that recipients of the funds were not only allowed, but actually required, to refer patients to abortion providers. Planned Parenthood is estimated to receive about a quarter of all Title X funding.

On Feb. 22, the Department of Health and Human Services (HHS) issued a rule that “prohibits the use of Title X funds to perform, promote, refer for, or support abortion as a method of family planning,” the department stated in a release. The rule also requires “clear financial and physical separation between Title X and non-Title X activities.”

The rule addresses the complaints of abortion opponents, who have argued that the Title X funding helps abortion providers, and Planned Parenthood, in particular, to free up other money that can then be used to fund abortions.

Planned Parenthood, which performs more than 330,000 abortions a year (pdf), has indicated that “it would be impossible for Planned Parenthood and many other providers to continue participating in the program” under the new rule as it would need to separate its abortion facilities from its clinics that provide the Title X-funded services. If they do not comply with the new rules, they may lose $60 million in federal funding.