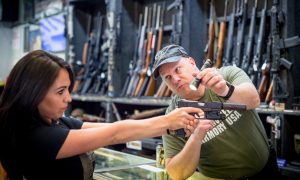 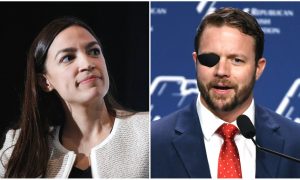 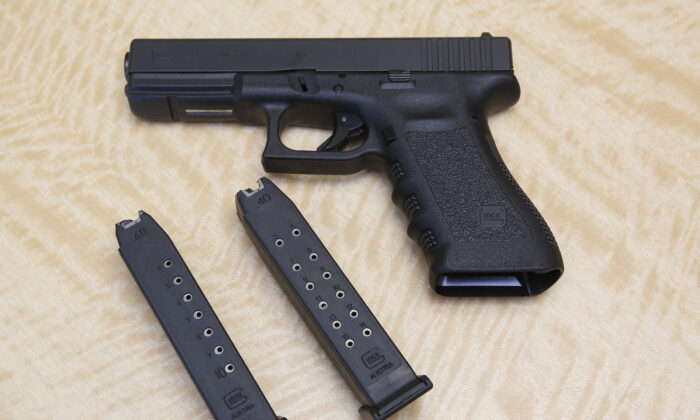 A semi-automatic hand gun is displayed with a 10 shot magazine (L) and a 15 shot magazine at a gun store in Elk Grove, Calif., on June 27, 2017. (Rich Pedroncelli/AP Photo)
Judiciary

A federal appeals court on Friday struck down California’s ban on high-capacity magazines, saying that the law is illegal because it violates the Second Amendment under the U.S. Constitution.

The California law challenged in the case, which was enacted in 2016, bans the possession of large-capacity magazines (LCMs) that hold more than 10 rounds of ammunition. The law also bans the manufacture and imports of LCMs.

In a 2-1 ruling, the Ninth Circuit Court found that although the law has a “laudable goal of reducing gun violence” and was passed “in the wake of heart-wrenching and highly publicized mass shootings” it must still comply with the Constitution.

“Even well-intentioned laws must pass constitutional muster,” Judge Kenneth Lee wrote in the majority opinion (pdf). “California’s near-categorical ban of LCMs strikes at the core of the Second Amendment—the right to armed self-defense.”

The panel said the law imposes a “substantial burden” on the right to self-defense as it makes it criminal for state residents to own magazines that are commonly used with firearms such as Glocks and Berettas. The judges said the law’s scope is “so sweeping” that it blocks Californians from owning half of all magazines in the United States.

The law requires gun owners in California to alter or turn over any LCMs that they have in possession or face a year in jail.

The Constitution limits how much states can impose a substantial burden on citizen’s right to self-defense, the judges said.

“Many Californians may find solace in the security of a handgun equipped with an LCM: those who live in rural areas where the local sheriff may be miles away, law-abiding citizens trapped in high-crime areas, communities that distrust or depend less on law enforcement, and many more who rely on their firearms to protect themselves and their families,” they wrote.

Friday’s ruling upholds a preliminary injunction ordered by a district court judge in 2019, which blocks the state from enforcing its law. But days later, the judge stayed part of his own injunction, allowing California to ban on the manufacture, sale, and transfer of large-capacity magazines pending the state’s appeal to the Ninth Circuit.

The appeals court panel noted that they had only ruled about the issues of LCMs and their decision does not affect so-called assault weapons or “the legitimacy of bans on magazines holding far larger quantities of ammunition.”

U.S. District Court Judge Barbara Lynn of Texas, who had been named the third judge on the appellate panel, said the majority’s ruling conflicts with decisions in six other federal appellate courts across the nation, and with a 2015 ruling by a different panel of the Ninth Circuit itself. She said she would have upheld California’s law based on that precedent.

A number of states have similar laws banning LCMs and the court’s ruling could have implications on those laws. But presently, the ruling only immediately applies to Western states that are under the Ninth Circuit’s jurisdiction.

California Attorney General Xavier Becerra’s office said they were “carefully reviewing” the ruling “with the goal of protecting public safety.”

“Until further court proceedings, the stay on the injunction issued by the district court remains in place. The Attorney General remains committed to using every tool possible to defend California’s gun safety laws and keep our communities safe,” a spokesperson said in a statement to The Epoch Times.

Meanwhile, Chuck Michel, president and general counsel of the California Rifle & Pistol Association, said Friday’s ruling was a “major victory for the Second Amendment.” The association is one of the plaintiffs in the case.

“This is a huge win specifically for the right to possess these valuable self-defense tools. But more generally, this case may present the Supreme Court with an opportunity to set things straight on the underlying issue of what the standard of review test should be when considering any Second Amendment challenge,” Michel said in a statement.