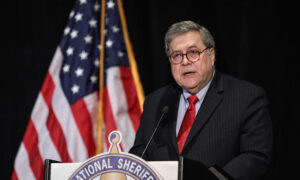 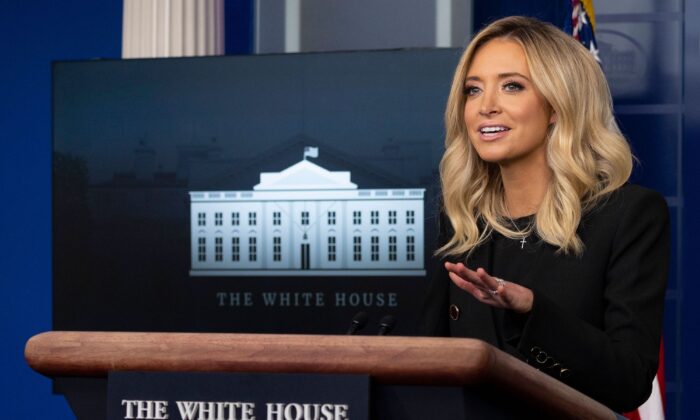 The Trump administration may insist on sanctuary city reforms in discussions with states about the next round of COVID-19 relief funding, White House press secretary Kayleigh McEnany said May 1.

“Phase 4 is something we want to start negotiating on immediately and get to work on,” McEnany said in her first appearance in her role, adding that funding shouldn’t “be an excuse for decades and decades of bad Democrat governance that have run these states into a financial predicament.

“I don’t want to get ahead of the negotiations, but I do want to emphasize [the president] has mentioned sanctuary cities,” she said. “It is something he would like to see in Phase 4.”

McEnany’s remarks at the press briefing echo earlier statements made by President Donald Trump, who on April 28 suggested that federal pandemic relief to states could hinge on their sanctuary city policies.

In remarks during a meeting that day with Florida Gov. Ron DeSantis, Trump listed a few possible caveats to federal funding to help states fight COVID-19, the disease caused by the CCP virus.

Trump also said a distinction should be drawn between states with funding shortfalls due to the outbreak and those with poor fiscal management.

Trump said at a meeting with business leaders that he wanted to include “sanctuary city adjustments” when distributing federal aid.

“The problem with the states is we’re not looking to recover 25 years of bad management and give them the money that they lost. It’s unfair to other states,” Trump said.

“Now, if it’s COVID-related, I guess we could talk about it. But we’d want certain things also, including sanctuary city adjustments, because we have so many people in sanctuary cities, which I don’t even think are popular even by radical-left folks, because what’s happening is people are being protected that shouldn’t be protected,” he said.

“A lot of bad things are happening with sanctuary cities,” Trump added, possibly referring to issues such as reports of city authorities refusing to cooperate with federal immigration authorities or providing services to illegal aliens.