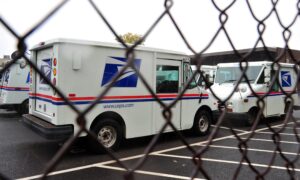 USPS Investigating After Mail Found in Dumpster in Virginia
0 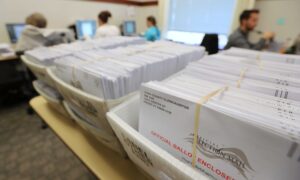 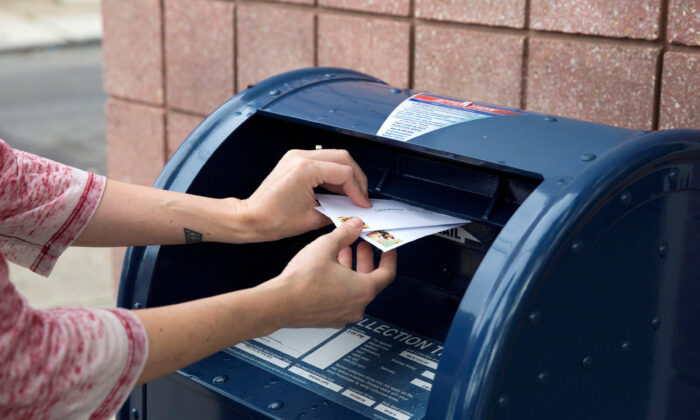 A tipster reported to the authorities the undelivered mail at the residence in Baldwin, prompting a response by the U.S. Postal Service Office of Inspector General.

Special agents with the office “recovered several different classes of mail, including business mail, flats, and [a] small amount of first class mail,” Scott Balfour, a spokesman for the office, told The Epoch Times in an emailed statement.

The mail was found in trash bags that were set out by the curb.

“We expect to perform a piece count of the mail today, and make arrangements to have to mail delivered to customers as soon as feasible,” Balfour said.

Balfour said it’s his understanding that no ballots or other election mail was recovered.

The mail carrier worked out of the Mount Oliver post office. He is now on non-duty, non-pay status.

The USPS Office of Inspector General is a law enforcement agency inside the service.

After special agents conclude their investigation, the case will be presented for federal prosecution to the U.S. Attorney’s Office.

A spokeswoman for the U.S. Attorney’s Office for the Western District of New York declined to comment beyond the USPS Office of Inspector General statement when reached by The Epoch Times on Tuesday.

According to KDKA, the mail carrier in question is Sean Troesch. He “had nothing to say Monday after agents rolled up in front of his house in an unmarked van and collected bags of suspected undelivered mail,” the broadcaster reported.

Neighbors told the outlet that trash bags like the ones agents picked up have been put outside Troesch’s home nearly every Sunday night for trash pickup for a period of time.

“I don’t know what’s going on over there. But whatever it is, if that’s what happened, that’s a shame,” one neighbor said.

Balfour, the special agent, told The Epoch Times that “the vast majority of the Postal Service’s 630,000 employees are hard-working, trustworthy individuals work around the clock to deliver the nation’s mail, and incidents of this nature are exceedingly rare when put into that context.” People who see crimes committed by USPS employees can call the office’s hotline at 888-USPS-OIG or use www.uspsoig.gov.

Discarded mail and ballots are receiving heightened attention because the Nov. 3 elections are so close.

In Luzerne County last month, a contractor was blamed for discarded military mail-in ballots that were found in a dumpster. Similar situations have cropped up in other states, including Wisconsin, Virginia, and West Virginia.

A Santa Monica, California man told The Epoch Times that he found ballots and other mail in trash cans while walking his dog last week. The experience has impacted Osvaldo Jiménez’s actions and advice.