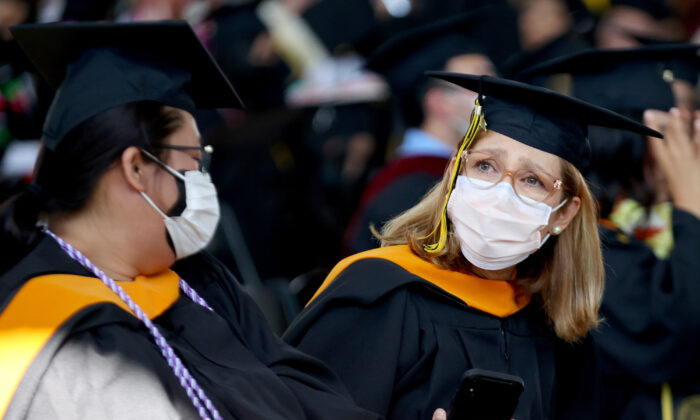 The Consumer Financial Protection Bureau (CFPB) took action against a nonprofit company that offers income share agreements (ISAs) to help students cover the high costs of obtaining a college degree, alleging that the lender has misinterpreted the nature of those financial products.

ISAs, which have gained popularity among college students as an alternative to traditional student loans, provide borrowers with education funding and, in exchange, require them to pay a percentage of their post-graduation income for a period of time. While terms may vary from provider to provider, ISAs can be designed in a way that borrowers have to pay back only when their earnings reach certain thresholds, and with a capped payment amounts.

In a consent order announced Tuesday, the CFPB said it has settled with Better Future Forward, a nonprofit providing education finance plans. The Virginia-based company allegedly misrepresented its product by saying that ISAs are not loans and do not create debt, and allegedly denied consumers information necessary to fully evaluate their financial options, according to the federal agency.

Under the settlement, Better Future Forward will stop saying that ISAs are not loans. It will also provide lending disclosures required under federal law, not object to any discharge of a student’s ISA in the case of bankruptcy, and not impose a prepayment penalty on the loan.

“The ISA industry has tried to evade oversight by claiming that its products are not loans,” Dave Uejio, acting director of the CFPB, said in a press release. “But regardless of the name on the label, these products are credit and have to comply with federal consumer protections. The ISA industry cannot pretend that core consumer protection laws do not apply to their products.”

In response to the CFPB’s consent order, Better Future Forward CEO Kevin James said in a statement that the company has been a leader in advocating for policymakers to adopt “clear and protective guardrails for the emerging ISA space.”

“While there has been uncertainty about the application of the existing federal loan disclosure regime to risk-sharing tools like ISAs, we believe CFPB’s oversight role is critical and are eager to work with the Bureau to bring clarity to these questions around how federal disclosures should apply to BFF’s ISAs,” James added.

Proponents of ISAs, who range from scholars, conservative politicians, to college presidents, see them as a potential solution to the issue of mounting student loan debt. They argue that ISAs are more borrower-friendly than conventional loans, since the risk is expected to shift to the private lenders from students who won’t be burdened with payments if their education doesn’t pay off.

“A student borrows nothing but rather has his or her education supported by an investor, in return for a contract to pay a specified percentage of income for a fixed number of years after graduation,” wrote Mitch Daniels, president of Purdue University, in an op-ed on Washington Post. At Purdue, hundreds of students use an ISA fund called Back a Boiler.

Opponents of ISAs, however, argue that income-based contracts are not as pro-student as they may sound, considering borrowers with higher earnings could end up paying more under ISAs than through traditional student loans.

“Purdue University’s ‘Back a Boiler’ ISA program, for example, requires no payment for those with earned incomes of less than $20,000,” wrote Sen. Elizabeth Warren (D-Mass.) in a letter (pdf) to former Education Secretary Betsy DeVos. “Yet, a student who makes just over that threshold could be required to pay 5 percent or more of her income toward the ISA—a precarious situation for anyone, particularly someone with children or other obligations like medical expenses.”