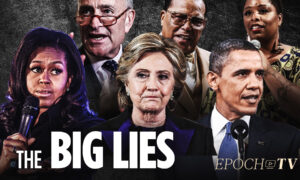 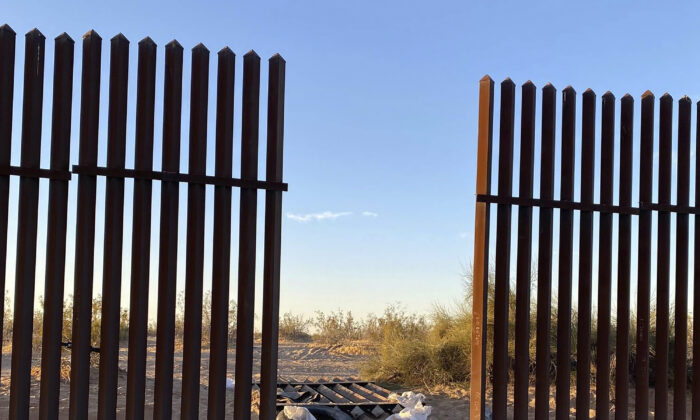 The GAO said Biden’s order issued Jan. 20 that authorized a pause of wall construction did not violate the Congressional Budget and Impoundment Control Act (ICA) of 1974. Biden’s order claimed that the wall, a signature campaign promise of candidate Donald Trump during 2016 campaign, is a waste of money.

“It is clear that delays in the obligation and expenditure of Department of Homeland Security (DHS) appropriations for border fencing or barriers are programmatic delays, not impoundments and do not violate the ICA,” Shirley Jones, GAO’s managing associate general counsel for appropriations law, said in a statement on GAO’s website.

Laws require the executive branch to spend the funds that are appropriated by Congress.

According to its statement, GAO said that delays for environmental reviews as well as consultations about the legality of the move were appropriate and didn’t constitute illegal impoundment.

“The Secretary of Homeland Security has decided that existing barrier construction projects will now comply with statutory requirements under environmental and other laws, and will not exercise discretionary statutory waiver authority for new construction projects,” said the statement. “Funds appropriated to [Homeland Security] in previous fiscal years for border barriers are almost fully obligated, and construction has been suspended for some projects to rescope the projects to mitigate environmental damage and minimize the impact on border communities, consistent with statutory requirements.”

“The decision splits hairs to justify actions that, just two years ago, were determined to be contrary to ‘the faithful execution of the law,'” their statement added.

“As the ruling made clear, a review of the environmental havoc wrought by former President Trump’s vanity wall, and taking the time to actually consult with the various stake holders, including landowners whose land was being seized, is legal and permitted by law,” Senate Appropriations Committee Chairman Patrick Leahy (D-Vt.) said on Tuesday.

Last week, the Department of Defense (DOD) announced it would restore $2.2 billion in funding that Trump diverted from the military, and it released a memo that authorized the funding for a variety of projects, including overseas construction.