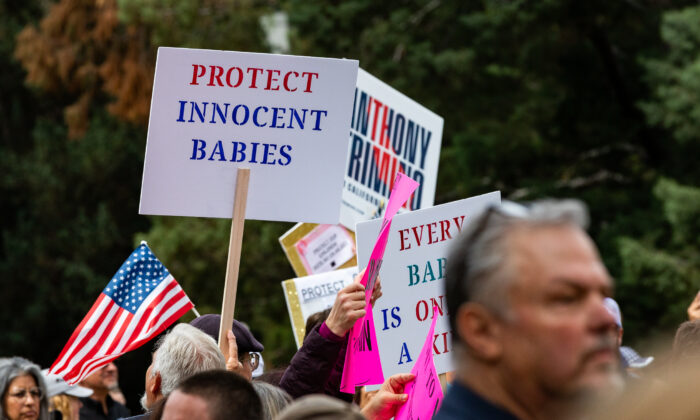 After the end of Roe v. Wade, 10 states have already banned abortion and it’s likely that about half of the states will ban or heavily restrict abortion soon.

In some areas where pro-life states border abortion states, bans will likely be less impactful. Pregnant women can take a short trip across state borders and abort their babies.

But in the South, where several pro-life states share borders, women might be hundreds of miles from the closest abortion state.

Democrats including Sen. Elizabeth Warren (D-Mass.) have suggested destroying this defense by distance using federal land. They argue that the government can lease federal land to abortion clinics.

The federal government owns about a third of America’s land. If Warren’s plan works, states that ban abortion will likely still have abortion clinics within their borders.

Democratic leaders should “explore just how much we can start using federal lands as a way to protect people who need access to abortions in all the states that either have banned abortions or are clearly on the threshold of doing so,” said Warren.

According to a letter by pro-life group Students for Life Action (SFLA), it’s illegal for the government to operate abortion clinics on public land. Thirty-six other pro-life groups have also signed the letter.

“Rather than respecting the rule of law as detailed in both our Constitution and in state law, many abortion radicals immediately began looking for ways to circumvent them and, by extension, the rights of pro-life citizens to protect life in law,” the letter reads.

It calls abortion on federal land a “coercive abuse of power and a proposed misuse of federal property.”

According to the Constitution, Congress can control land ceded by the states. But this change doesn’t mean state laws don’t apply, the letter reads. Past cases clearly show that state law often has force on federal land.

Moreover, the constitutional provision for federal control of state land allows the government to create “needful buildings.” But this provision doesn’t include abortion clinics, the SFLA argues.

“Abortion clinics were not considered ‘needful buildings’ when the Enclave Clause was adopted. Utilizing federal land that was acquired from states for abortion thus violates original intent,” the group’s letter states.

But there are counterarguments to the SFLA’s claims.

According to a forthcoming Columbia Law Review paper, there is no general federal abortion prohibition. Federal law even has rules on abortion that might overrule state rules on federal land.

Finally, only federal prosecutors can prosecute crimes on federal land. Under President Joe Biden, these prosecutors could just not do so.

However, the next Republican president could prosecute abortion providers for performing abortions on federal land. Cohen suggested that the Biden administration offer pardons to prevent this possibility.

“It’s not right now what we are discussing,” she said.

Harris also stated that the Biden administration would do “everything we can to empower women to not only seek but to receive the care where it is available.”

Warren and 24 other senators have signed a letter asking Biden to use “federal property and resources to increase access to abortion.”

“The Department of Justice and all relevant agencies could analyze the types of reproductive health services that could be provided on federal property, especially in states where such services are limited by state law or regulation,” the letter reads.