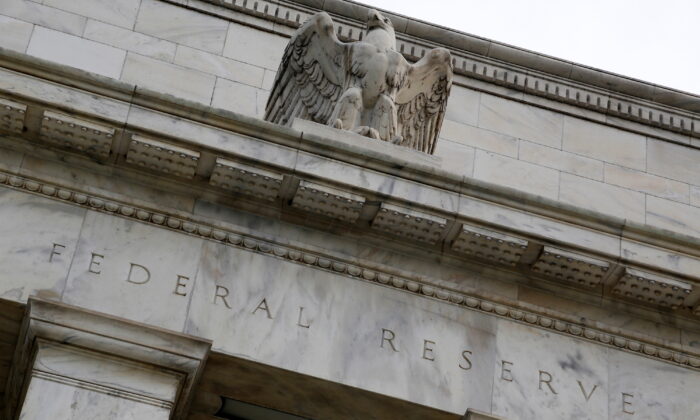 Fed to Step Back From Quantitative Easing?

One of the least controversial predictions I will offer about this year, 2022, is to tell you that March looms on the horizon to repeat itself.

I warned subscribers to my paid newsletter service Strategic Investment that the COVID-19 pandemic was real. We told subscribers in February 2020 that COVID-19 was destined to disrupt the economy in a big way.

Here is part of what I said. One of the more interesting examples of a theme playing an outsized role in influencing life and investment today is the Wuhan coronavirus.

As I wrote the February 2020 Issue, I recognized authorities had reported 37,566 cases worldwide, with 813 deaths officially attributed to the virus. That is the official take.

Evidently, the stock market is only reading the official accounts. But the themes of our time are not confined within the tidy margins of official pronouncement.

A Whistle-Blowing, exiled Chinese billionaire, Guo Wengui (aka Miles Kwok), claims that insiders in Wuhan province are whispering that the Wuhan coronavirus death toll could be as high as 50,000 persons. Guo Wing claims that crematoria have been working 24/7 to burn the bodies of some 50,000 coronavirus victims in Wuhan alone. According to Guo, “as many as 1.5 million Chinese are now infected with the Wuhan Coronavirus.”

The New Zealand Herald published a report from Wuhan that Chinese authorities have been cremating bodies in secret.

Much depends on which theme you believe. Do you credit the official story that some 813 mostly Chinese victims have died from coronavirus as of this writing? Or do you believe Guo Wengui’s report that the death toll is 60 times higher?

One clue that the higher and grimmer death count is more accurate is the fact that epidemics, much less pandemics, always expand according to some exponential function.

The Chinese report of the spread of coronavirus is decidedly sub-exponential. It seems to be propagating according to a quadratic function—that seems most unlikely before effective containment and treatment measures kick in.

In short, the fact that the officially announced infection and death rates fit a simple quadratic expression so closely is a “tell” that the data have been fiddled.

Another anecdotal factor to weigh in the mix as you judge the risk—Wuhan, the epicenter of the crisis, is home to the Wuhan Institute of Virology, China’s biological warfare laboratory. If the virus did escape from a government research lab, that would offer yet another explanation for the delay in reporting the onset of the crisis and the unwillingness of Chinese authorities to share reports of animal tests.

As you probably know, a great suggestion is that the crisis emerged in the Wuhan seafood market when some persons either ate or came into close contact with bats. That doesn’t sound very appetizing to me. But I am something of a “foodie.” Also, it is notable that Chinese authorities refused to allow American or any other international researchers or scientists access to help research the origins of the virus’ on the ground.

Another tell—the authorities are rushing forward with a crash program to build two large hospitals. Would they be doing this if new disease cases were falling off?

Only the Tip of the Iceberg?

As you think about it, note that Dr. Tedros Adhanom Ghebreyesus, director-general of the World Health Organization, has warned that “we may only be seeing the tip of the iceberg.”

If the tip is all there is to the iceberg, the consequences would not be devastating. You might expect a worldwide dip in traffic in Chinese restaurants and perhaps a considerable discount on fares for berths on cruise liners.

But suppose the report of the more lethal outcomes is correct. In that case, you could be looking at a substantial disruption of supply chains, perhaps severe enough to precipitate a worldwide economic collapse. The virus could do more to disrupt world trade than Pres. Donald Trump’s tariffs.

Meanwhile, we know that influenza has claimed the lives of as many as 80,000 Americans in recent years. … As we look ahead to 2020, I plan to stick with a defensive posture toward the market. Of course, I was thinking more about credit contraction than a novel and virulent virus. However, the emergence of the coronavirus as a Black Swan development has reinforced our long-standing apprehension that markets around the world are destined to suffer a contradictory contagion emerging from China.

At this stage in a crisis, control of the Wuhan coronavirus narrative seems to be firmly lodged with the Chinese regime. While I cannot pretend to know enough to definitively report how deadly this novel virus will prove to be, it seems likely to prove more deadly to the whole world economy than is reflected in current market prices.

It cannot be bullish when the world’s second-largest economy (and the largest consumer of primary products) is hampered by a circumstance where you can’t stage a meeting, you can’t travel into the country, and if you found yourself there, you could not get out.

The economic paralysis in China augurs ill for primary product producers and exporters. We are already adequately positioned to take advantage of the weakness that the Chinese paralysis will radiate into the petroleum market. I expect to see our position in OILD soar as oil demand falls away.

(For what it is worth, If you had entered each investment position we proposed and executed when we advised that you take profits, you would have pocketed $56,407 in gains so far this year. Profits sufficient to repay your low, introductory subscription price 817 times over.)

I had entertained the idea of recommending puts on the S&P 500 for those feeling energetic about speculation. But the fact that we seem to be experiencing a global stock market “melt-up” makes me pause. Again. The notion that creating fiat money out of thin air can counteract the viral outbreak is a novel notion in virology.

But it isn’t so novel where stock investors are concerned, notwithstanding the fact that corporate profits seem poised to confirm a four-quarter recession. Investors seem convinced that the Fed can counteract any threat to stock prices by expanding its balance sheet. I doubt it. That is why we have been adding to our gold position as a core holding.

That from the February 2020 issue of Strategic Investment. We followed up with this, from March 2020:

“If I do say so myself, the February issue of Strategic Investment came close to fulfilling the promise I made when you subscribed. I promised you actionable, contrarian insights into how the world is changing: A big order. Yet I believe our view proved to be much more pertinent than the CNBC line celebrating the market’s record highs with the assurance that the coronavirus was nothing to worry about, “just people getting sick in China.”

“On the contrary, the coronavirus, like an over-heated wire in an old house, is a point of ignition. It seems destined to short out the world’s “just-in-time” supply chain, and the time required to patch together another supply system may be greater than we expect.”

If I do say so myself, I think we gave a pretty lucid assessment of the COVID Pandemic from the outset—including a “head’s up” about the havoc it would wreak on the world’s supply chain.

More recently, I have come to believe that the super-contagious “omicron” version of COVID-19 spells the end of the pandemic by March.

Not incidentally, the Federal Reserve seems to intend to remove the liquidity prop it has placed under the stock market since March 23rd, 2020. On that day, after an emergency meeting, the FED announced that it would expand its $700 billion QE program to unlimited status.

In other words, the Fed promised to go all in. And create as much money as needed to fund a variety of credit facilities to buy:

Beginning in March 2022, the Fed has known its plans to terminate these credit facilities. I would argue that this augurs higher interest rates and lower stock prices.