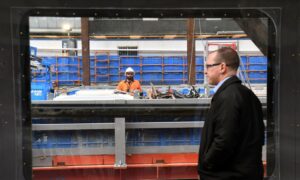 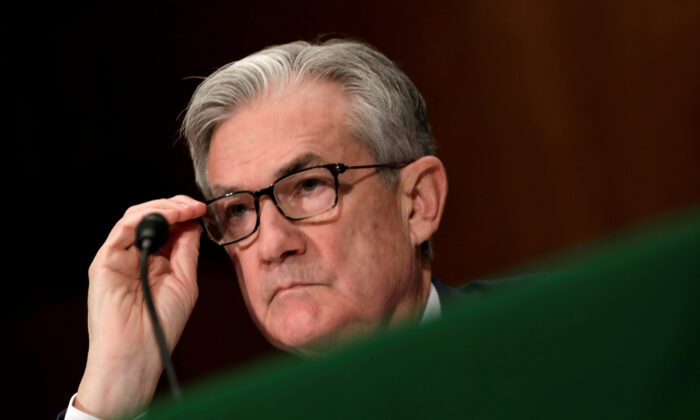 The Federal Reserve ended its two-day meeting on Wednesday by flagging an accelerated timeframe for raising interest rates and acknowledging “notably” higher expectations for this year’s inflation.

While the Federal Open Market Committee (FOMC) made no moves to cut back on the Fed’s crisis support measures for the economy—near zero interest rates and around $120 billion in monthly asset purchases—central bank officials signaled in their forward guidance “dot-plot” that rate hikes could come sooner than previously expected. Fed officials now see two rate hikes by the end of 2023, according to median estimates of the dot plot, which moves the Fed’s first projected rate increases up from 2024.

“The Fed’s new economic projections only confirmed what traders already know, the next rate move will be higher,” said Joseph Trevisani, Senior Analyst at FXStreet, in an emailed statement to The Epoch Times.

Signaling a sooner-than-expected liftoff in rates, 13 of 18 policymakers expected rates to rise in 2023, with 11 of them seeing two quarter-percentage-point rate increases. Seven of the officials see rates moving higher as soon as 2022, opening the possibility of even more aggressive action on the part of the Fed. The central bank has been tolerant of the recent spike in inflation, calling it “transitory” and arguing it is better for the economy to run hot for a period of time than pull back on support and risk derailing the recovery.

Still, Federal Reserve Chairman Jerome Powell acknowledged that FOMC participants were surprised by the strength of the recent inflationary pressures.

The 12-month change in PCE prices was 3.6 percent in April, well above the Fed’s average target of 2 percent in the long run. But with inflation having run persistently below 2 percent prior to the recent uptick, Powell said the Fed would calibrate its policy to achieve inflation “moderately above 2 percent for some time,” adding that FOMC members expect inflation to run at 2.1 percent next year and 2.2 percent in 2023.

Powell blamed the spike in inflation on low readings from early on in the pandemic, or the so-called base effect that gave the 12-month change in April’s PCE inflation rate an outsized appearance, along with a rebound in spending as the economy reopens and pandemic-driven supply bottlenecks.

“These bottleneck effects have been larger than anticipated, and FOMC participants have revised up their projections for inflation notably for this year,” Powell said, adding, “as these transitory supply effects abate, inflation is expected to drop back toward our longer-run goal” of around 2 percent.

In a tip of the hat to economists who have been raising the alarm on inflation, Powell said the Fed stands ready to act more aggressively.

“If we saw signs that the path of inflation or longer-term inflation expectations were moving materially and persistently beyond levels consistent with our goal, we would be prepared to adjust the stance of monetary policy,” he said.

Powell also said the FOMC hasn’t made any decisions on ending the Fed’s asset purchase program, but noted that the committee was now preparing to talk about a plan for tapering, though he vowed to give ample warning ahead of any moves so as not to spook markets and trigger a panicked bond selloff.

Trevisani predicted that the next step in the Fed’s round of market notices “will probably be a ‘theoretical’ discussion of taper details at the Jackson Hole symposium in August. In the meantime, markets will slowly adjust to the coming policy change. Which, of course, is the Fed’s intention.”

Commenting on the Fed’s policy announcement, Rick Rieder, Chief Investment Officer of Global Fixed Income at BlackRock, the world’s largest asset manager, called the accelerated timeframe for rate hikes and steps towards tapering as “steps in the right direction.”

“It’s now time to set up for the end of this long-running #EmergencyPolicy-focused movie,” he said in a series of tweets.

“As we have described elsewhere, we don’t think that #QEtapering will create tangible stress to the economy or #markets, and in fact think that the biggest risk today would be an #overheating paradigm where it’s hard to predict how high input, or wage, costs could get,” Rieder wrote.

“Markets are likely to adjust accordingly in some areas, such as extremely distorted #RealRates across much of the #yield curve, but we believe the #markets will ultimately cheer a return to normalcy,” he added.

This article has been updated with comments from Joseph Trevisani.