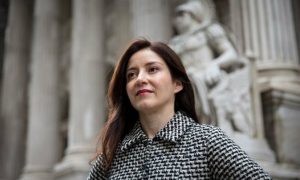 Inside the New York Fed: Secret Recordings and a Culture Clash
0 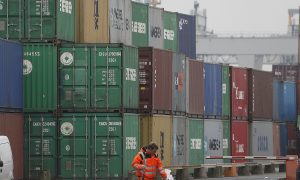 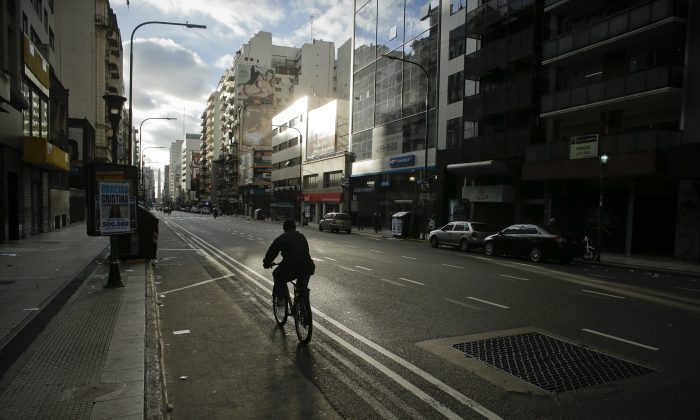 A man rides his bicycle through an empty downtown avenue during a strike in Buenos Aires, Argentina, on Aug. 28, 2014. Just as the US job market has finally strengthened, the Federal Reserve now has to confront a new worry: A sputtering global economy thats spooked investors across the world. (AP Photo/Victor R. Caivano)
Business

WASHINGTON—The U.S. economy was strengthening in most regions of the country in September to early October, helped by gains in consumer spending, manufacturing and commercial construction, according to the Federal Reserve’s latest survey of business conditions.

The report depicted an economy moving ahead steadily but not at a pace that would prompt the Fed to accelerate its timetable for raising interest rates. The survey, known as the Beige Book, is based on anecdotal reports from businesses and will be considered with other data when Fed policymakers meet Oct. 28-29.

The Fed’s benchmark rate has been near zero since December 2008 as the central bank worked to boost the economy and lower unemployment following the Great Recession. Many economists believe the Fed’s first rate hike will not occur until around June of next year and that any increases will be gradual.

In its latest Beige Book, the Fed reported that manufacturing was increasing in most districts. In the New York region, however, manufacturing growth stalled, and Boston reported weaker results than in the past few reports.

The report said price pressures remained subdued, with districts finding little to no change in price levels or only modest increases.

Employment continued to expand at about the same pace as the previous reporting period. Some employers reported difficulties finding qualified workers in some industries. As a result, some districts said there was pressure to raise wages for skilled labor in areas such as construction and manufacturing.