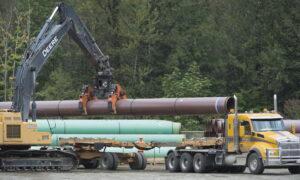 Pipeline Politics: Is Anyone Standing Up for the Federal Government?
0 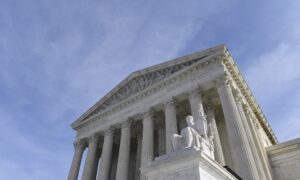 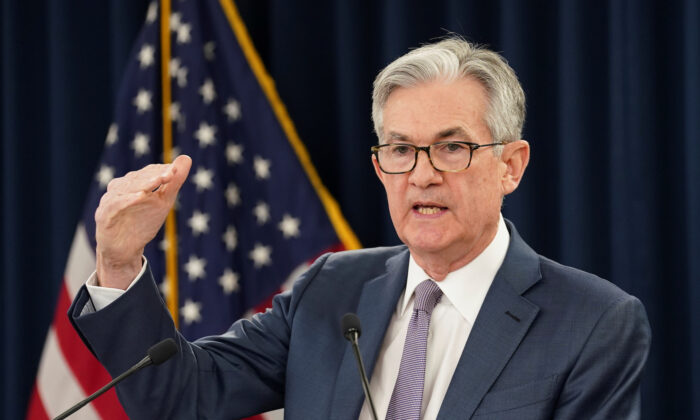 Federal Reserve Chairman Jerome Powell speaks to reporters after the Federal Reserve cut interest rates in an emergency move designed to shield the world's largest economy from the impact of the coronavirus, during a news conference in Washington, on March 3, 2020. (Reuters/Kevin Lamarque)
US News

The Federal Reserve has slashed its rates to near zero and announced a range of financial crisis management measures, including the launch of a massive $700 billion quantitative easing program, as the United States grapples with the coronavirus pandemic.

In a statement, the central bank said it was cutting rates to a target range of 0 percent to 0.25 percent.

“The effects of the coronavirus will weigh on economic activity in the near term and pose risks to the economic outlook. In light of these developments, the Committee decided to lower the target range,” the Fed said in a statement on Sunday.

“The Committee expects to maintain this target range until it is confident that the economy has weathered recent events and is on track to achieve its maximum employment and price stability goals,” the Fed said.

Vowing to use the “full range of tools” to support the flow of credit to households and businesses, the Fed added it would add another $700 billion to its balance sheet to keep markets liquid.

The Fed also noted the recent expansion in repo operations and announced it was “prepared to adjust its plans as appropriate,” signaling readiness to act in the event of a material change in the economic outlook.

The Fed already cut interest rates by half a percentage point on March 3 at an emergency meeting—the first rate cut outside of a regularly scheduled policy meeting since the financial crisis in 2008.

In a separate note, the Fed said that it was deploying other liquidity and credit supply measures relating to the discount window, intraday credit, bank capital and liquidity buffers, as well as reserve requirements.

The Fed said it was also coordinating its response internationally and noted it had activated dollar swap lines with five other central banks to prevent a global dollar-denominated liquidity crunch.

The statement also noted steps to boost lending, including lowering the rate charged to banks for short-term emergency loans from its discount window to 0.25 percent from 1.75 percent. This would encourage banks to access their capital and liquidity buffers for lending.

Policymakers were not due to hold their next interest-rate setting meeting until March 17 and March 18.

In a sign of broader coordination, New Zealand’s central bank has cut its benchmark interest rate to a record low 0.25 percent.

The cut of 0.75 percent came outside of the bank’s normal schedule for changing rates.

The Reserve Bank of New Zealand said in a statement Monday that the negative impact of the coronavirus pandemic on the New Zealand economy will be significant.

According to data provided by Johns Hopkins University, more than 3,200 cases of COVID-19, the disease caused by the virus that emerged in the Chinese city of Wuhan last year, have been confirmed in the U.S. as of Sunday. At least 62 deaths have been confirmed.