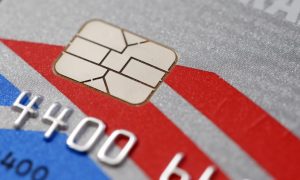 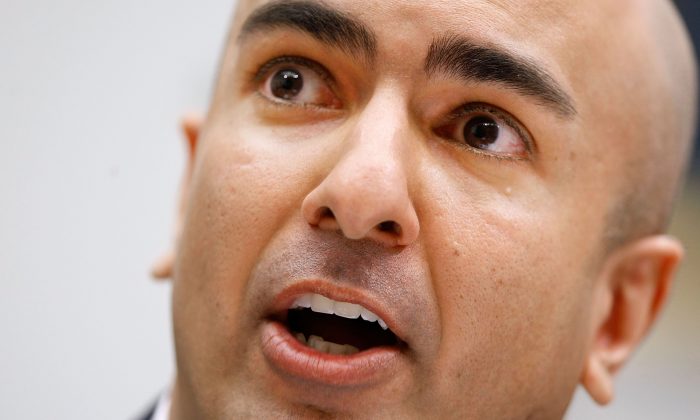 Neel Kashkari has said that big banks should be broken up. (Chip Somodevilla/Getty Images)
Business

A Federal Reserve regional president has called for the dismantlement of big banks whose failure could pose serious risk to the global financial system.

Neel Kashkari, who took office as president of the Minneapolis Fed on January 1st and was a top Treasury official during the 2008 financial crisis, said in a speech that “bolder, transformational options” must be considered to reform the banking sector.

“We must acknowledge that the largest banks are still too big to fail,” Kashkari said at the Brooking Institution in Washington, according to his prepared remarks.

And if they fail amid a stressed economic environment, the government “will be forced to bail out failing institutions—as we were.”

The largest banks “continue to pose a significant, ongoing risk to our economy,” Kashkari said, and the Dodd-Frank Act reforming banking regulation was a step in the right direction but it “did not go far enough.”

Kashkari likened the largest banks to the potential destructiveness of a nuclear reactor. “The cost to society of letting a reactor melt down is astronomical,” he said.

One option could be “breaking up large banks into smaller, less connected, less important entities,” he said.

Another would be to turn them into “public utilities by forcing them to hold so much capital that they virtually can’t fail,” and placed under tough regulation akin to that of a nuclear power plant.

“When the Dodd-Frank Act was passed, the economic outlook was perhaps too uncertain to take truly bold action. But the economy is stronger now, and the time has come to move past parochial interests and solve this problem,” he said.

Barry Ritholtz on the Truth About Banking Bailouts (Video)

Kashkari said that almost by definition, financial regulators will not see the next crisis coming. He recalled that when he first joined the Treasury in 2006 it was evaluating what might trigger the next crisis. “We didn’t consider a nationwide housing downturn. It seems so obvious now, but we didn’t see it, and we were looking.”