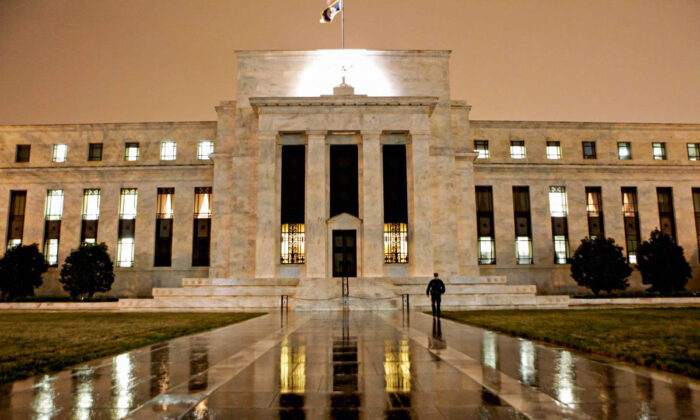 The observations came in the Fed’s semiannual Financial Stability Report that looks at trends in trading and investing as well as broad economic issues. The report is not an economic forecast, and does not try to predict the next risk to the financial system. But it does highlight areas of concern to central bankers.

The Fed said economic uncertainty has increased since the bank’s previous report, with Ukraine war being a big part of the deterioration. The bank also highlighted the large fluctuations in asset prices—from Treasuries to stocks—as investors reevaluate risk in a high-inflation environment.

“Inflation has been higher and more persistent than expected, even before the invasion of Ukraine, and uncertainty over the inflation outlook poses risks to financial conditions and economic activity,” the Fed said in its report.

The Fed said persistently high inflation may require central bankers to quickly raise interest rates, which could also be a potential risk for financial instability in the form of lower economic output as well as higher borrowing costs for individuals and businesses. It could cause debt levels, which the Fed says are elevated but not yet a major concern, to become unsustainable for some businesses.

“Further adverse surprises in inflation and interest rates, particularly if accompanied by a decline in economic activity, could negatively affect the financial system,” the bank said.

For individuals, inflation could cause job losses as the Fed increases interest rates, which could also impact the housing market through higher mortgage rates, the bank said.

Because the report reflects the Fed’s thinking, its conclusions could be part of the backdrop when the central bank conducts its annual stress tests of the nation’s biggest banks in the coming weeks. The Fed used previous reports to highlight the pandemic as well as last year’s interest in “meme” stocks such as GameStop and AMC Entertainment.

In a statement, Fed Governor Lael Brainard also cited the recent volatility in the commodity markets as a place of potential risk. While gyrations in the energy market have made headlines for several weeks now, there have been other commodity markets—particularly those for industrial metals like nickel, zinc, and lithium—that have seen large fluctuations.

“The Federal Reserve is working with domestic and international regulators to better understand the exposures of commodity market participants and their linkages with the core financial system,” she said.