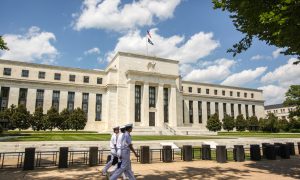 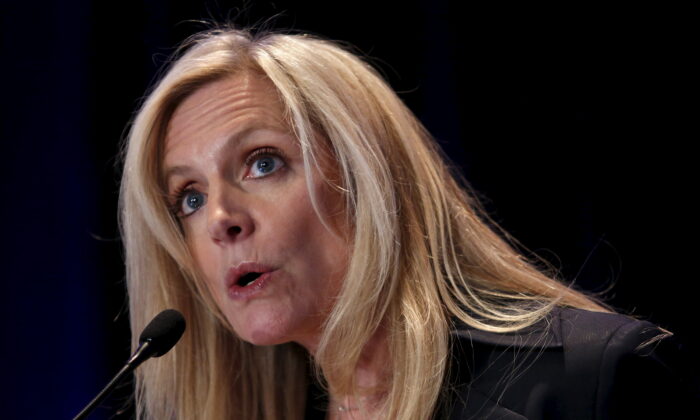 “It will take time” for the full effects of the Fed’s rate cuts to move through the economy, Brainard said in a speech at the New York Association for Business Economics. “I will be watching the data carefully for signs of a material change to the outlook that could prompt me to reassess the appropriate path of policy.”

She said the Federal Open Market Committee (FOMC) had “taken significant action to provide insurance against the risks associated with trade conflict and weak foreign growth against a backdrop of muted inflation.”

Her remarks echo the content of recently released minutes from the Fed’s October meeting of the FOMC, in which the central bank cut interest rates and signaled a forward policy of wait-and-see.

“Most” of the Fed’s rate-setting officials saw the October cut in the federal funds rate as enough “to support the outlook of moderate growth, a strong labor market, and inflation near the Committee’s symmetric 2 percent objective,” according to FOMC meeting minutes, released last week.

The minutes indicated the Fed’s interest rate policy “likely would remain” where it is “as long as incoming information about the economy did not result in a material reassessment of the economic outlook.”

In her remarks Tuesday, Brainard said that while “the balance of risks remains to the downside,” she acknowledged that “there has been some improvement in risk sentiment in recent weeks.” She added that “the baseline is for continued moderate expansion, a strong labor market, and inflation moving gradually to our symmetric 2 percent objective.”

She added the Fed had “made a very significant adjustment” in easing monetary policy this year and that the Fed’s moves had helped achieve its aims.

“We are seeing some of that start to take root,” she said, pointing to strong numbers in employment, consumer sentiment, and housing.

“Recent data provide some reassurance that consumer spending continues to expand at a healthy pace despite some slowing in retail sales. Consumer sentiment remains solid, and the employment picture is positive. Housing seems to have turned a corner and is poised for growth following several weak quarters,” Brainard said.

In one of the most explicit endorsements yet of changes in the Fed’s monetary policy framework, Brainard said the central bank should move from a strict 2 percent inflation target to a broad, “flexible” promise that inflation would average that level over time.

“I prefer a more flexible approach that would anchor inflation expectations at 2 percent by achieving inflation outcomes that average 2 percent over time or over the cycle.”

This approach, which the Fed appears to have begun to pave the way for by indicating its inflation target is a “symmetric 2 percent objective” rather than a ceiling, would allow higher inflation if for a period of time it had remained below target.

For example, after sustained periods when inflation has been below 2 percent, Brainard’s idea would see the Fed change its target to a similar level above 2 percent, and tell the public that inflation would run higher for about the same amount of time.

“Flexible inflation averaging could bring some of the benefits of a formal average inflation targeting rule, but it would be simpler to communicate,” Brainard said. “By committing to achieve inflation outcomes that average 2 percent over time, the Committee would make clear in advance that it would accommodate rather than offset modest upward pressures to inflation in what could be described as a process of opportunistic reflation.”

Her concept is less strict than some of the other proposals being floated as part of the Fed’s current review of monetary policy.

The review, launched earlier this year, was begun as a broad debate over ways to better ensure the inflation target is hit and maintained.

Brainard’s remarks regarding monetary policy being in the right place echo those made by Fed Chair Jerome Powell a day earlier.

Monetary policy is “well-positioned” to support the strong labor market, Powell said in remarks delivered at an annual dinner for the Greater Providence Chamber of Commerce.

“The benefits of the long expansion are only now reaching many communities, and there is plenty of room to build on the impressive gains achieved so far,” Powell said in his remarks.

The Fed head said adjustments to employment data suggested the labor market may not have been as strong last year as previously thought, a shift that supported the case for lower rates.

In September, the Bureau of Labor Statistics revised down its estimates for job creation. The agency said the economy added 170,000 jobs a month in the 12 months through March 2019, half a million fewer jobs than previously estimated.

“While this news did not dramatically alter our outlook, it pointed to an economy with somewhat less momentum than we had thought,” Powell said.

Fed officials cut interest rates in October for the third time this year, bringing their target rate to a range of 1.5 percent to 1.75 percent. Powell and other policymakers hinted after the reduction that rates were likely to stay put for the foreseeable future, barring a deterioration to the economic outlook.

“At this point in the long expansion, I see the glass as much more than half full,” Powell said. “With the right policies, we can fill it further, building on the gains so far and spreading the benefits more broadly to all Americans.”