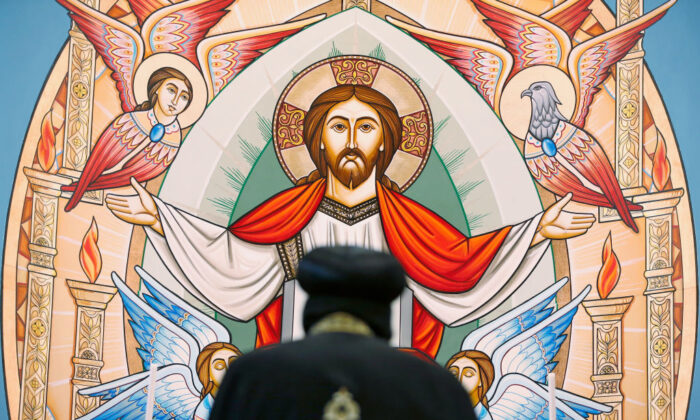 Fear That Protecting Religious Freedom Would Lead to Abuse Is ‘Wrong’: Expert

An expert on religion has rejected claims that the Australian government’s religious discrimination bill would lead to a “torrent of abuse,” saying instead that the concerns of its opponents were rather about drumming up fear and the result of cultural bias against religion.

The comments come after LGBTQIA+ groups, business groups, and a number of MPs warned of what they said were the “dangerous” implications of allowing religious people to make “statements of belief” in a bid to axe the religious discrimination bill introduced by the Morrison government.

The Sydney Morning Herald reported that a number of hypothetical scenarios have been raised by critics, including a childcare provider telling a single mother that childbirth out of marriage is evil, a boss telling a gay employee they would go to hell for their sexuality, or a doctor telling a patient that their disability is retribution for their sin.

However, Denis Dragovic, a published scholar of religion and society and senior honorary fellow at the University of Melbourne argued that such hypotheticals were to “undermine confidence” in the bill because “real-world situations are non-existent.”

“There are no examples of this occurring in state jurisdictions where there are no sanctions against it,” he said in a submission to Parliament. “The drummed-up fear that this bill will lead to a torrent of abuse is wrong.”

“The debate surrounding this bill has been poorly served by specious statements, hypothetical examples not grounded in reality, and a misunderstanding of religion,” he said.

Even if such scenarios took place, it would not breach existing laws in Australia’s major jurisdictions, and the bill has “extensive fail-safes” including that any statement of belief is made with good intent, he noted.

“It is important to contextualise the feared harm to the LGBT community, which is diminishingly small, relative to the growing risk to individuals of faith and the cost this has on society,” he said.

Dragovic noted the protections in the bill apply equally to those who profess a “statement of non-belief” that discriminate against religious people.

“The following equally plausible scenario will be protected under the proposed law: A childcare provider could tell a single mother that inculcating a child into a faith is evil, a doctor could tell a patient that their disability is punishment for believing in religion, a boss or colleague could tell a religious employee that they will go to hell for their beliefs,” he said.

Dragovic said the second set of hypotheticals is “more likely to occur,” but noted that few would speak out to protect religious believers from such opinions. He argued this is “noteworthy and representative of the current cultural bias against religion.”

“The same approach of identifying obscure hypothetical scenarios to undermine proposed protections could have been applied to other anti-discrimination laws,” he said.

In response to criticism of the bill, the government removed some of the contentious provisions on medical practitioners’ ability to refuse certain procedures and the Folau clause which required medium to big businesses to prove that a person’s statement of belief leads to financial harm before taking action.

The government has also agreed to amend the Sex Discrimination Act to protect gay students from discrimination in religious schools. The bill, however, still faced stiff resistance.

Constitutional law expert George William said that “as a matter of principle,” prioritising religious speech over other forms of speech was “deeply problematic in a secular nation.”

He also described the legislation as “full of shades of grey, unclear terms and doubts as to its scope.”

“Unfortunately, this bill will significantly add to this problem, including because of its problematic interactions with other federal and state anti-discrimination laws,” he said.

Despite this being the case, the bill is a “modest contribution” that enshrines Australia’s obligations to international human rights, Dragovic said, noting that society “should not allow the perfect to be the enemy of the good.”

“Progressively contributing to the body of legislated rights is better than waiting for a comprehensive Bill of Rights,” he said.

The better way to moderate people’s conduct, Dragovic suggested, is “allowing some ideas, even if they are unwelcome, to be voiced and leave it to society to provide a steadying hand.”

“As a society we need to accept that not all speech can or should be policed,” he said.