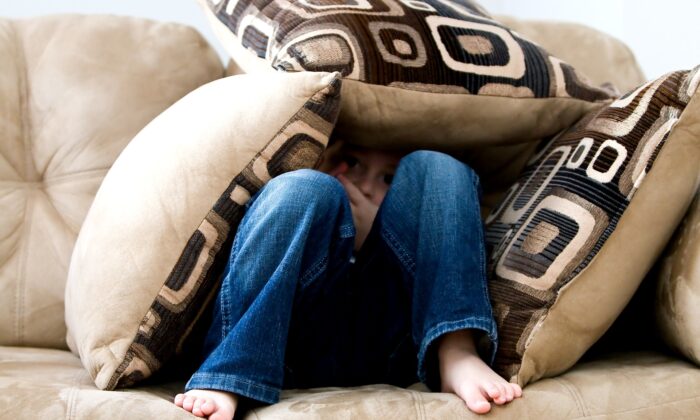 Fear Is Deadlier Than Viruses

The most famous words of Franklin Roosevelt, America’s longest-serving president, were, “The only thing we have to fear is fear itself.”

One wonders if any world leader would or could say that today. We live in the Age of Fear.

All of my life, I thought love and hate were the two most powerful human emotions.

But owing to recent events, I have changed my mind.

I now understand that for most people, fear is the strongest emotion.

In fact, I’ve come to realize that it’s possible to get people to do anything if you instill enough fear in them. Specifically, irrational fear.

Fear of COVID-19, for example, is rational. But media and governments induced irrational fears. That’s why millions of healthy people stayed indoors for a year or more, why a vast number of people wore masks while walking or sitting alone outdoors, and why so many parents didn’t allow their young children to play with other children for a year or more, even though the COVID-19 mortality rate among children was considerably less than the flu’s mortality rate among children.

Rational fear isn’t necessarily a bad thing. It’s irrational fear that does the most harm—to yourself, to others, and to all of society.

The Salem witch trials of the 17th century exemplified irrational fear leading to evil: the killing of women who were believed to be witches.

You would think that the Enlightenment of the 18th century, with its focus on reason and science, would have led to a great lessening of irrational fear.

To cite a number of examples, an unknowable (but not small) number of Americans—usually among the best-educated—prohibited their parents from seeing their grandchildren, either because the grandparents or the grandchildren weren’t vaccinated. They did this despite the fact that the number of young people infected with COVID-19 was close to zero and despite the fact that there were extremely few cases of children infecting adults.

Sweden kept its schools open for all students under the age of 16 throughout the pandemic, and studies have since confirmed that the risk to Swedish teachers of infection by students was extremely low. Such is the power of irrational fear.

To take another contemporary example, many people have decided not to have children because they fear that a warming planet represents an “existential threat” to life. Now, it is rational to be concerned about climate change, but it’s irrational not to have children because of it. And it gets even more irrational. Their parents often support this decision, despite their deep yearning to be grandparents.

Irrational fear is also a major source of hatred. People hate what they fear. It was Germans’ irrational fear of Jews—people who made up under 1 percent of the German population—that led to the unique evil known as the Holocaust.

Given the awful power of fear, what can you do to be less fearful?

The first thing you must do is determine whether your fears are rational or irrational.

And that can only be accomplished by thoroughly studying the issue—whatever it happens to be: global warming, a pandemic, racism, or any other divisive subject.

For example, black people are told to fear white police because white police are racist and want to do them harm. This is largely an irrational fear. It’s well-documented that in any given recent year, the number of unarmed black Americans killed by police is under 20—nearly all of whom posed serious threats to the lives of the policemen who killed them.

Another example: Credible scientists and other experts who acknowledge that global warming is taking place, but contend that it isn’t an existential threat to life, are dismissed as “anti-science” and their views suppressed. Read them, and many of your fears will be allayed. (You might even decide to have children.)

Most fears are stoked by governments and their allies in mass media and in Big Tech, who, in turn, suppress contrary opinions. Therefore, please understand that when you hear only one opinion, and that opinion is designed to make you afraid, there is a good chance that your fears are irrational.

Determining whether your fears are rational or irrational is one of the most important things you will ever do. The quality of your life and the life of your society depend on your making that distinction.