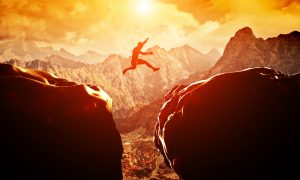 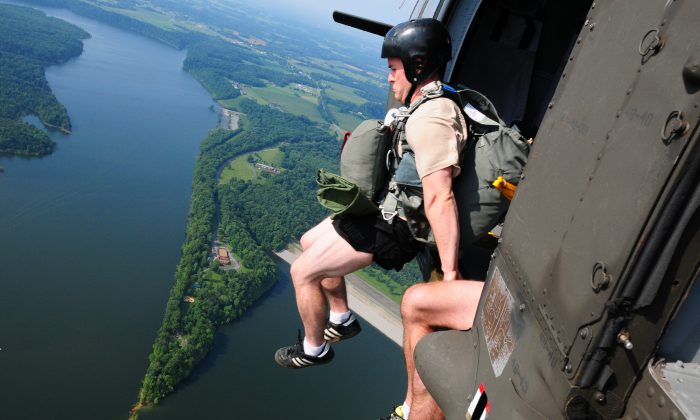 Fear Is a Choice

Your company is downsizing.

Your marriage is disintegrating.

Your startup is failing.

Your doctor’s office is calling.

The truth is, it’s not about learning how to live a life without fear or even necessarily about figuring out how to “master your fear.” Those are both fine sentiments if you’re writing an origin story for a comic book hero, but that isn’t how real life works. Fear exists, but it’s only when you give it control over you that it becomes destructive.

When Pope St. John Paul II famously said, “Be not afraid,” during his inaugural homily, after having become the head of the Catholic Church, he wasn’t telling us to somehow eradicate fear from our lives. He was calling us to a higher level of awareness, one in which we don’t submit to fear as the ruler of our lives.

You can’t eliminate fear from your life out of sheer force of will; however, we are called to resist it. That is what courage is: feeling fear and choosing to act boldly despite its presence.

As the author and motivational speaker Jack Canfield said: “Everything you want is on the other side of fear.”

The entire premise of the old U.S. Army Survival Field Manual was built around an acronym of the keyword SURVIVAL. For the first “V,” the survival action was “Vanquish Fear and Panic.” According to the manual: “The greatest enemies in a combat survival-and-evasion situation are fear and panic. If uncontrolled, they can destroy your ability to make an intelligent decision. They may cause you to react to your feelings and imagination rather than to your situation. These emotions can drain your energy and thereby cause other negative emotions. Previous survival and evasion training and self-confidence will enable you to vanquish fear and panic.”

If fear is the brute that knocks you to the ground and stuns you, it’s panic that will sit gently on your chest and finish you off with a smile.

People often talk of the fight-or-flight response, but often forget the other reaction: freeze. In the military, you saw this occur quite often in people who had not been exposed to frequent and realistic training to prepare them for the overwhelming experience that is the chaos of combat.

When someone is suddenly put face-to-face with dangerous and complex situations, it’s a natural reaction to freeze up. Panic doesn’t always lead to frenzied actions; it quite often leads to the full arrest of any and all action. And this is the worst position to find yourself in, immobile and completely vulnerable. If one is unable to snap out of it and take immediate action, hesitation turns into time dilation, during which inaction causes the previously intangible fear to manifest itself, making your panic real.

Stress isn’t something to be eliminated completely from our lives; stress-free lives create people who can’t function and make intelligent decisions when real-life comes knocking. Obviously, it’s destructive when there are excessive levels of stress in our life. However, when there is no stress in our lives, we never learn to test our limits and improve ourselves. We build up our mental resiliency the same way we build up our muscles; where there is no stress, there is no growth, and we soon lose our ability to flex under pressure.

We must take calculated risks that put us in uncomfortable situations and expose us to stressful situations. This allows us to cultivate experiences in which we learn to operate outside of the vacuums of false peace and security.

In the Army Special Forces regiment, the requirements for training were that it be realistic, demanding, and challenging. By forcing the nation’s most elite warriors to master the basics while their heart rates are elevated and their bloodstreams are full of cortisol and adrenaline, they are truly forged into the masters of chaos.

While your business can’t replicate the life-and-death realities of the battlefield, the same principles can apply to learning how to act decisively and effectively in the face of the unknown.

“Stop and take a deep breath” is solid advice when you find yourself in a situation where fear is setting in. If you can control your breathing, you can control your fear and hold off panic until you are able to make an intelligent decision about what course of action to take.

If you want to learn how to confront fear and keep it from derailing you, you need to train yourself to do so. If you stay in your comfort zone, you’re going to freeze up when you get dumped out of it.

Learn the basics of the jobs of those who work for you and adjacent to you, so if they’re suddenly out of the picture, you can at least perform some triage until a solution can be found. Learn how those above you look at things and do their jobs, so your entire organization doesn’t have a single point of failure. Push yourself to develop professionally and personally, so you’re always growing.

As McDonald’s founder Ray Kroc once said, “As long as you’re green, you’re growing. As soon as you’re ripe, you start to rot.”