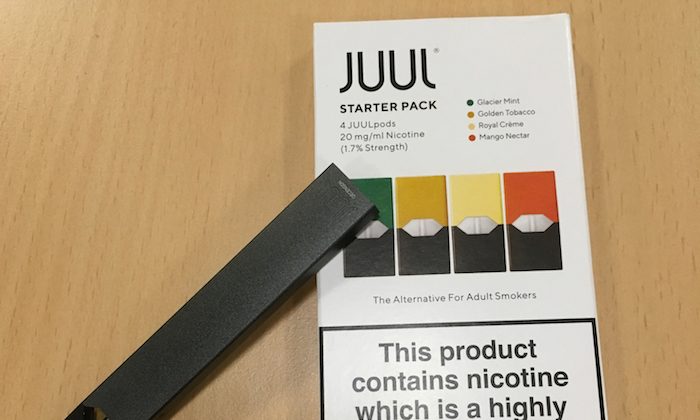 A U.S. Court of Appeals for the D.C. Circuit on Friday temporarily paused a ban that prohibited e-cigarette company Juul Labs Inc. from selling and distributing its products.

This comes one day after the Food and Drug Administration (FDA) banned Juul’s device and four types of JUULpods from the market, forcing retailers to remove the products from their inventories, in what was a blow to the popular e-cigarette company.

The court granted Juul’s motion to stay the ban so it has “sufficient opportunity” to hear further arguments on the matter.

The order to temporarily pause the ban should not be “construed in any way as a ruling on the merits of that motion,” the court order read.

In announcing the ban, FDA Commissioner Robert M. Califf said the move was to ensure “all e-cigarette and electronic nicotine delivery system products currently being marketed to consumers meet our public health standards.”

According to the FDA, the e-cigarette company’s application submitted over two years ago “lacked sufficient evidence” regarding the toxicology levels of the products. Some of the evidence was found to be “insufficient and conflicting,” including those regarding the genotoxicity and potentially harmful chemicals in the company’s e-liquid pods.

The American Lung Association welcomed the ban on Thursday as “long overdue,” while blaming Juul for the popularity of vaping among youths, which has been referred to as an epidemic.

The health association also alleged that Juul used the “same tactics as major cigarette companies to prey on youth,” such as using flavors and price discounts and youth-focused market campaigns.

Juul previously told The Epoch Times the company disagrees with the FDA’s findings and ban.

In an emailed statement, Juul said the company provided the FDA with “sufficient information and data based on high-quality research to address all issues raised by the agency.”

The e-cigarette company believes its application “appropriately characterized the toxicological profile of Juul products, including comparisons to combustible cigarettes and other vapor products, and believe this data, along with the totality of the evidence, meets the statutory standard of being ‘appropriate for the protection of the public health.’”

In Juul’s corner is Guy Bentley, the director of consumer freedom at the Reason Foundation, who celebrated the D.C. court’s decision to temporarily pause the ban on Friday by posting a meme on Twitter.

When the FDA’s ban was announced, he argued that it would “force a portion of current [Juul] users to go back to smoking.”