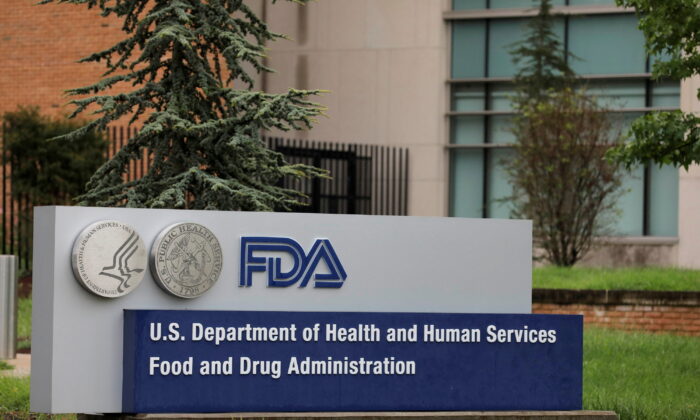 Signage is seen outside of the Food and Drug Administration (FDA) headquarters in White Oak, Maryland, U.S., August 29, 2020. REUTERS/Andrew Kelly
US News

Federal health regulators this week have warned of a norovirus outbreak linked to raw oysters across about a dozen U.S. states.

At least 91 norovirus cases have been reported in the 13 states, according to the U.S. Centers for Disease Control and Prevention. Many of those who were sickened said they ate raw oysters when interviewed by health officials, said the agency.

At least 29 Minnesota residents fell ill after allegedly eating raw oysters at  Travail Kitchen on March 20, according to reports. The restaurant has confirmed it stopped selling Stellar Bay Gold oysters.

The FDA said it is now investigating the outbreak.

“The FDA and the states conducted a trace forward investigation to determine where the raw oysters were distributed and to ensure they’re removed from the food supply,” said a statement from the FDA on Wednesday.

“Retailers should not serve raw oysters harvested from the following harvest locations within British Columbia, BC 14-8 and BC 14-15, with harvest starting as early as January 31, 2022, which will be printed on product tags,” the agency continued. “Oysters can cause illness if eaten raw, particularly in people with compromised immune systems. Food contaminated with norovirus may look, smell, and taste normal.”

The oysters could potentially contain norovirus, which can cause diarrhea, vomiting, nausea, stomach pain, and fever. Officials say symptoms can start between 12 and 48 hours after eating the contaminated food.

Norovirus was previously known as Norwalk virus because the first known outbreak occurred in Norwalk, Ohio.

The Mayo Clinic says that individuals with norovirus should special care to replace fluids lost by vomiting or diarrhea to prevent dehydration.

“Symptoms of dehydration include a decrease in urination, dry mouth and throat, and feeling dizzy when standing up. Children who are dehydrated may cry with few or no tears and be unusually sleepy or fussy. If you think you or someone you are caring for is severely dehydrated, call your healthcare provider,” said the FDA alert.

Canadian public health also said that there have been 279 reports of norovirus cases linked to British Columbia oysters, adding that the cases were reported between January and late March. No deaths have been reported in either the United States or Canada.