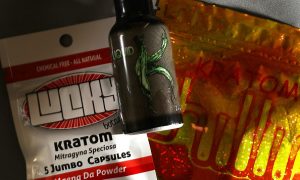 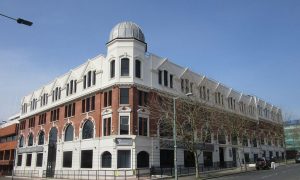 Police: Father Arrested after 1-year-old Hospitalized for Overdosing on His Heroin
0 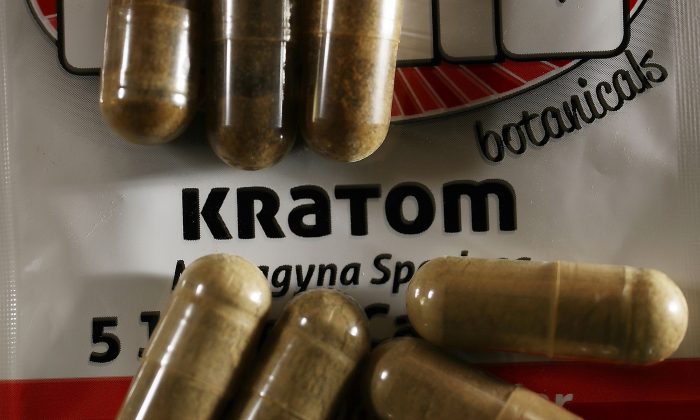 Capsules of the herbal supplement Kratom are seen on May 10, 2016 in Miami, Florida. (Joe Raedle/Getty Images)
US News

The Food and Drug Administration released a report on Feb. 6 warning people against using the herbal pain reliever kratom, saying it could pose the same addictive qualities as morphine.

Kratom is the common name for the plant Mitragyna speciosa, which grows naturally in Thailand, Malaysia, Indonesia, and Papua New Guinea.

According to the FDA, kratom affects the same brain receptors as morphine, and thus poses a risk for abuse and addiction.

The FDA report advises all people to avoid kratom or any pain-relieving products using kratom’s active ingredients, mitragynine and 7-hydroxymitragynine.

“Today, the agency issued a public health advisory related to the FDA’s mounting concerns regarding risks associated with the use of kratom.”

Gottlieb said that kratom was used to treat pain, anxiety, and depression—and was also being taken recreationally because its effects somewhat mimicked that of more powerful processed opiates.

He noted that some people were using kratom for opiate-withdrawal symptoms—essentially switching from one opiate-receptor-triggering drug to another.

The FDA statements both emphasized that the FDA encourages controlled, scientific research to fully investigate the properties and possible therapeutic uses of kratom.

However, as an unregulated and unapproved psychoactive substance being used without supervision, kratom poses unknown risks.

One of the worst, Gottlieb said, was that people who had serious mental or physical health issues might be treating symptoms with kratom but not addressing the root causes.

Gottlieb noted that poison-control centers had seen a tenfold increase in cases involving kratom between 2010 and 2015. He also pointed out that while kratom is often marketed as being natural and safe, as it is a plant, plants can be poisonous.

He said that as of November 2017, the FDA had reports of 36 deaths caused by products containing kratom.

“There have been reports of kratom being laced with other opioids like hydrocodone,” he wrote. “The use of kratom is also associated with serious side effects like seizures, liver damage and withdrawal symptoms.”

The FDA does not currently approve kratom for any therapeutic uses.

The FDA has been treating kratom as an unapproved drug since 2012, and has been seizing it significant quantities when possible.