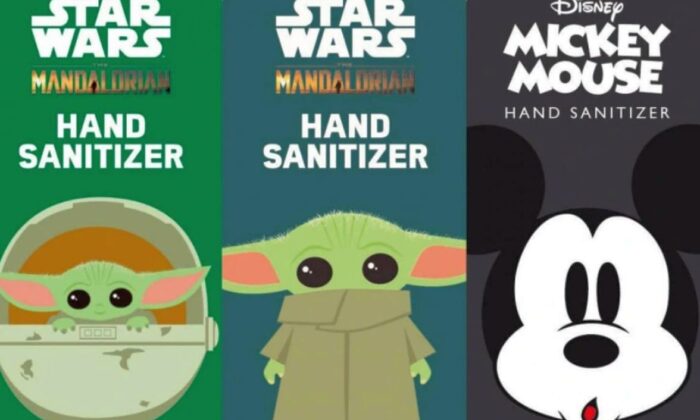 The U.S. Food and Drug Administration (FDA) recalled two Disney-branded and themed hand sanitizers after traces of cancer-causing chemicals and methanol were discovered, it announced.

Disney vendor Best Brands Consumer Goods imported the two lots, which were produced by a third-party manufacturer, said the FDA. There have been no reports of “adverse events” in connection to the products, the release added.

Labels uploaded by the FDA show that the two products are both made in China. The FDA recall notice doesn’t list where the products were made.

Benzene is classified as a human carcinogen, the FDA said, adding that “substantial exposure to benzene can occur through inhalation, oral, and skin and it may result in cancers including leukemia and blood cancer of the bone marrow and blood disorders, which can be life-threatening.”

Significant exposure to methanol can cause nausea, vomiting, headache, coma, seizures, blindness, blurred vision, damage to the central nervous system, or death, according to the agency.

“Although all persons using these products on their hands are at risk, young children who accidentally ingest these products, and adolescents and adults who drink these products as an alcohol (ethanol) substitute, are most at risk for methanol poisoning,” said the FDA.

Consumers who have the hand sanitizers should stop using them and discard them, the FDA recommended.

Consumers should contact their physician or health care provider if they’ve suffered any problems that may be related to taking or using the sanitizers, said the agency.

According to the FDA notice, consumers with questions or who want a refund should email Best Brands at Quality@BestBrandsintl.com.

Last week, Unilever announced the voluntary recall of two brands of Suave 24-Hour Protection Aerosol Antiperspirant sprays due to the presence of benzene.