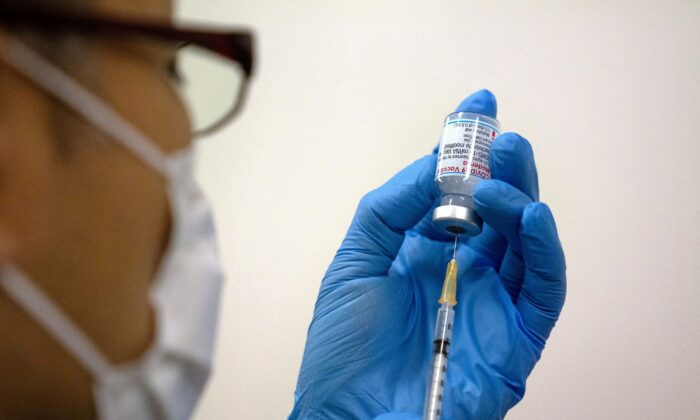 Medical staff prepare Moderna coronavirus (COVID-19) vaccine to be administered at mass vaccination center in Tokyo on May 24, 2021. (Carl Court/Pool via Reuters)
By Jack Phillips