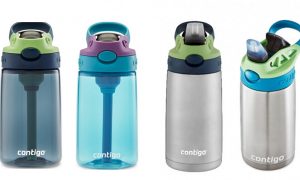 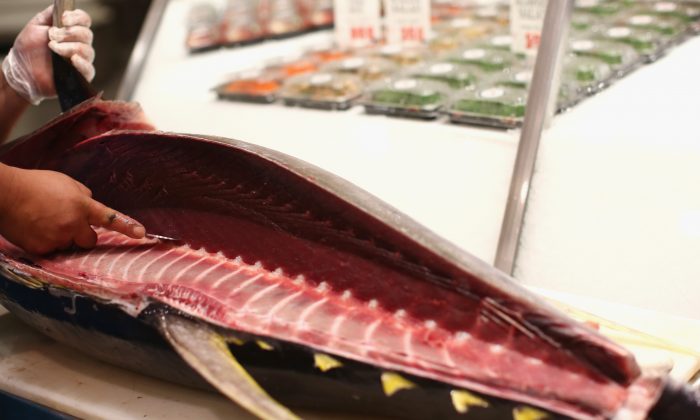 A yellowfin tuna is filleted in a file photograph. (Mark Kolbe/Getty Images)
US News

Tuna products were recalled from stores in 16 states because some people were poisoned by them, federal authorities said.

The scombroid poisoning stemmed from yellowfin tuna steaks sold in Kroger stores, the Food and Drug Administration (FDA) said in an alert.

The steaks “may cause scombroid poisoning.”

The FDA became aware of the issue on Sept. 4 and alerted Kroger, which the next day agreed to recall all yellowfin tuna steaks from stores in the aforementioned states.

The company also began notifying customers who bought the steaks to dispose of them or return them to a store.

The FDA is working with Kroger, the distributor, and state and local partners to remove all contaminated product from the market. Kroger didn’t immediately respond to a request for comment and has not issued a statement on the recall.

Scombroid poisoning is caused by eating fish that has not been properly refrigerated or preserved and therefore contains high levels of histamine, the agency said.

Scombroid poisoning is most commonly caused by fish that have naturally high levels of the amino acid histidine, which bacteria convert to histamine when the fish is not correctly stored.

Symptoms typically develop as early as a few minutes and up to an hour after the fish is consumed. Symptoms resemble an allergic reaction and include a flushed face, a headache, heart palpitations, itching, and blurred vision.

Antihistamines can be used for treatment and people who get sick usually get better within 12 hours.

The most significant recall event between 2004 and 2013 took place in January 2009. Peanut butter linked to a Salmonella outbreak was recalled. The outbreak was ultimately responsible for at least 714 illnesses and nine deaths, and led to the recall of a number of products containing peanut butter or peanut paste, including cookies, crackers, and cereal. Overall, over 400 separate recalls occurred.