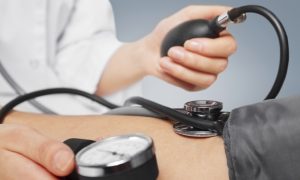 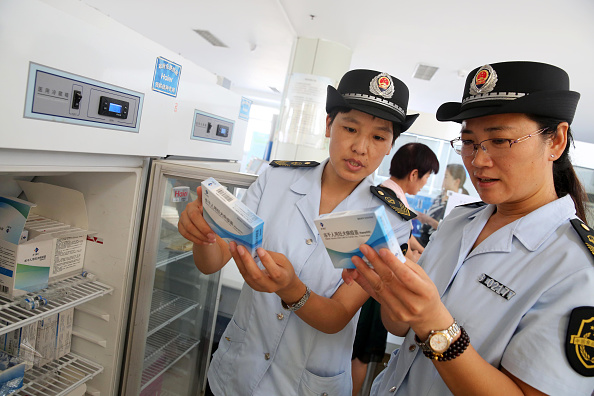 Food and Drug Administration officials check on vaccines for rabies at the Disease Control and Prevention Center in Huaibei in China's eastern Anhui province on July 24, 2018. (-/AFP/Getty Images)
US News

In recent months, dozens of blood pressure drugs from factories in China and India were recalled globally after tests conducted by U.S. federal agency, the Food and Drug Administration (FDA), and other international inspection agencies revealed that the drugs contained cancer-causing impurities in trace amounts.

The FDA is now conducting a root-cause investigation into the underlying causes of the carcinogens found in commonly prescribed heart and blood pressure medications including valsartan, irbesartan, and losartan.

However, the probe has been slowed by the recent government shutdown.

Michael Carome, director of the health research group, Public Citizen, emphasized the severity of the situation. “As we see when there are widespread recalls and widespread quality questions, there is a tremendous price from a public health standpoint,” he told USA Today in a Jan. 14 report.

These recalls bring to light the difficulty of monitoring a global pharmaceutical supply chain, which sees 80 percent of drug ingredients and 40 percent of finished drugs sold in the United States either made or handled overseas, according to USA Today.

The backlog of unchecked foreign drug plants has increased over the past decade as accelerated production overseas has stretched FDA’s resources thinly.

The FDA is tasked with inspecting all plants that manufacture drugs or drug components for the United States.

A 2018 book co-authored by Rosemary Gibson, senior advisor at the Hastings Center, a bioethics research institute, outlined how many of the critical drugs available in the United States today are manufactured in China.

Inspection reports by the FDA revealed that problems existed at the factories of both Zhejiang Huahai Pharmaceutical in China—a major global manufacturer of generic valsartan and the main source of the tainted drugs—and Hetero Labs in India before the tainted drugs were discovered.

Inspectors observed fraying gaskets, rusted screws, and missing pieces of production equipment within Zhejiang Huahai’s factory in Linhai City, China. The FDA also found that workers repeatedly failed to address testing anomalies in drug batches. However, operations at the drug plant continued uninterrupted until June last year, when it was eventually discovered that the carcinogen, nitrosodimethylamine (NDMA), had reached an unacceptable level.

The FDA said the Chinese factory did not adequately respond to the initial report of NDMA—from a customer complaint some years ago. In 2011, the Zhejiang Huahai factory workers changed how they produced valsartan to deliver more product at lower cost.

The factory failed to assess the risk of forming toxic impurities such as the carcinogen, the FDA warned in a November 2018 letter addressed to the executive vice president of Zhejiang Huahai, Du Jun.

It is unclear how long the factory has been producing tainted products or how many people who were using the blood pressure drugs have been affected by the recall.

About 103 million U.S. adults had high blood pressure in 2017, according to a report by the American College of Cardiology and other groups.

Though the FDA prioritizes checks at facilities based on an assessment of potential risk to U.S. consumers, even when issues are identified, this is not always enough to stop the tainted drugs from emerging on the U.S. market, Carome told USA Today. The quality and safety of drugs sold is weighed against a concern to reduce drug shortages.

“There is always that pressure to not cease manufacturing to add to the drug-shortage list,” Carome said. “I think we have a federal agency that is overwhelmed in trying to keep up.”

About 1,000 overseas plants had never been inspected as of mid-2016, according to a Dec. 2016 assessment by the U.S. Government Accountability Office, an investigative agency of the U.S. Congress.

Since 2013, 65 drug plants both domestic and international have recalled nearly 300 products within one year of passing an FDA inspection, according to a Jan. 4 analysis by Kaiser Health News.

However, even if FDA inspections are increased and detailed findings are produced to ensure drug safety, there is no guarantee that overseas drug companies will take action based on FDA findings.

“They [FDA investigators] aren’t running the plant,” Janet Woodcock, director of the FDA’s Center for Drug Evaluation and Research, told USA Today.  “Really, a lot of responsibility is on the people who manufacture and offer these drugs for sale.”

Encouraging domestic manufacturing is a critical factor to improving the safety, quality, and availability of drugs sold to U.S. consumers, according to Deborah Drew, CEO of Drew Quality, a nonprofit group aimed at bolstering generic drug manufacturing in the United States.

“If there is not someone else to go to who can supply the United States market, you can’t just turn it off,” Drew told USA Today. “This is where the FDA’s hands are tied.”