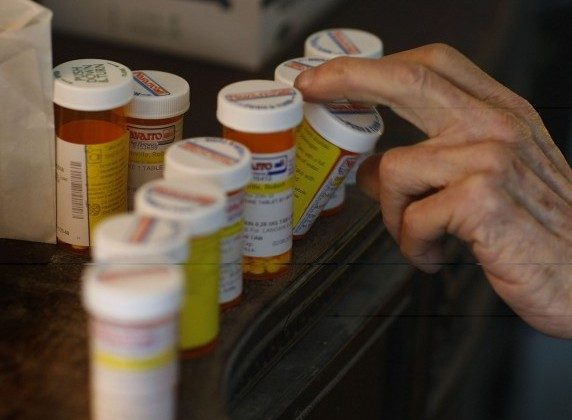 The new FDA regulations would make it possible for certain types of medications to be bought over the counter, bringing their cost down. (Joe Raedle/Getty Images)
US

The FDA is proposing new rules to allow patients to buy certain kinds of drugs without prescriptions. Adding a new class of over-the-counter drugs is meant to make it easier and more affordable for sick people to get medicine.

For safety, the new class of drugs should still be dispensed through pharmacies, where patients would have the benefit of expert advice, according to testimony at an FDA hearing last month.

Beverly Schaefer, registered pharmacist and owner of Katterman’s Sand Point Pharmacy in Seattle, Wash., said pharmacists are clinically trained medication experts, and making it easier for people to get the medicine they need would lead to better health outcomes.

Schaefer spoke for the National Community Pharmacists Association (NCPA) at the FDA hearing. In her opinion, overburdened emergency rooms, inconvenient hours at doctors’ offices, and long waits for appointments with doctors, all make it hard for people to manage acute conditions and hard for them to comply with prescribed medication regimens.

The drugs in the proposed new class include asthma rescue inhalers, antivirals, antihistamine eye drops for allergy relief, and steroid nose sprays to reduce inflammation in sinuses. Epinephrine pens (also known as EpiPens) treat life-threatening anaphylactic shock for those with severe allergies, such as to peanuts or bee stings. The pens would no longer need a prescription under the proposed rules.

“NCPA members fully support a nonprescription class of drugs with conditions of safe use and believe such a class will have a positive impact in enhancing public health, if used appropriately with pharmacist intervention,” said Schaefer in a statement. “Benefits of the class include increased access to health care, improved utilization of health care resources, increased adherence to chronic use medications, decreased overall health care costs, and improved collaboration between members of the health care team.”

Sandra Adamson Fryhofer, M.D., chair-elect of the American Medical Association’s Council on Science and Public Health, testified for the AMA. She said she was concerned about people with chronic illnesses having less communication with doctors if the new rules take effect.

“While the increased availability of certain prescription-based antidotes, such as EpiPens, appear to have few if any safety concerns, the FDA has not offered evidence that patients with hypertension, hyperlipidemia, asthma, or migraine headaches can self-diagnose and manage these serious chronic medical conditions safely on their own,” said Fryhofer in a statement.

The proposed rules would not reduce the load on emergency rooms, or do much to improve people’s health, in her opinion. “The range of chronic medical conditions or diseases currently managed by prescription drug products that might improve patient outcomes if diagnosed and treated under this proposal is probably limited. An expansion of OTC drug types is also not likely to reduce the burden on emergency rooms,” wrote Fryhofer.

If the rules take effect, it would shift some Medicare costs from the government to the patient. Medicare has a prescription drug benefit. Over-the-counter drugs are not covered, so a Medicare beneficiary would have to pay out-of-pocket for asthma rescue inhalers, EpiPens, and other drugs in the new class.

The FDA is requesting public comment on the matter until May 7.