FDA Reports First Drug Shortage Over Coronavirus Outbreak: 'We Will Do Everything Possible'
0 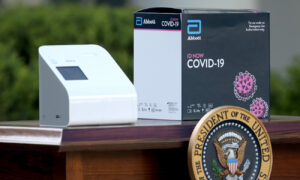 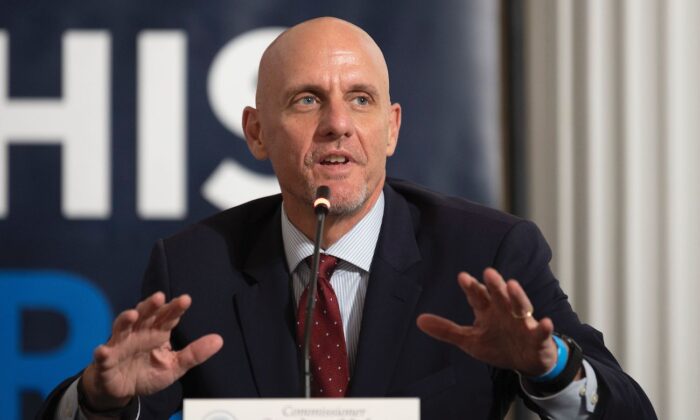 U.S. Commissioner of Food and Drugs Stephen Hahn participates in a roundtable discussion on donating plasma at the American Red Cross National Headquarters in Washington, on July 30, 2020. (Jim Watson/AFP via Getty Images)
US News

The Food and Drug Administration (FDA) commissioner said COVID-19 vaccines could be authorized for emergency usage before phase three trials are completed.

Commissioner Stephen Hahn said during an interview with CBS in which he said that the vaccines that are being authorized for emergency use will be based on data provided by clinical trials. Furthermore, he stated that depending on how the phase three trials are going, vaccines could be authorized for usage as long as the benefits outweighed the risks.

“It is up to the sponsor [vaccine developer] to apply for authorization or approval, and we make an adjudication of their application. If they do that before the end of Phase Three, we may find that appropriate. We may find that inappropriate, we will make a determination,” Hahn said, during an interview with Financial Times.

Hahn went further to say that just because a vaccine is authorized for emergency use doesn’t mean it’s been given the FDA official approval.

“Our emergency use authorization is not the same thing as full approval. The legal, medical, and scientific standard for that is the benefit outweighs the risk in a public health emergency,” Hahn said.

This came as people accused the FDA of approving vaccines prematurely in order to line up with Trump’s reelection, but Hahn stated that there was no political motivation behind the decision.

“We have a convergence of the COVID-19 pandemic with the political season, and we’re just going to have to get through that and stick to our core principles. This is going to be a science, medicine, data decision. This is not going to be a political decision,” Hahn said, according to the Financial Times.

“I can tell you our decision at FDA will not be made on any other criteria than the science and data associated with these clinical trials,” Hahn said, during the interview with CBS.

However, he admitted that there was pressure at play in the decision.

This came after President Donald Trump hinted that there might be an announcement regarding a new vaccine on Aug. 23.

The president hinted at an upcoming announcement on a vaccine, telling reporters at the White House on Sunday: “If we went by the speed levels of past administration, we’d be two years, three years behind where we are today, and that includes in vaccines that you’ll be hearing about very soon, very shortly.

The Epoch Times Writer Zachary Stieber contributed to this article.