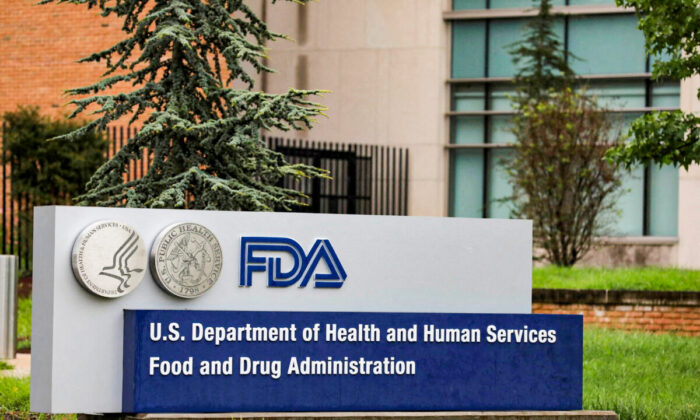 Signage is seen outside of the Food and Drug Administration headquarters in White Oak, Md., on Aug. 29, 2020. (Andrew Kelly/Reuters)
Politics

FDA Being Audited for Handling of Baby Formula Investigation

A federal watchdog on June 2 announced an investigation into the U.S. Food and Drug Administration (FDA) over its response to problems at a baby formula factory.

“We will determine whether FDA followed the inspections and recall process for infant formula in accordance with Federal requirements,” the U.S. Department of Health and Human Services Office of Inspector General said in a statement.

The FDA in February forced Abbott to shut down its plant in Sturgis, Michigan, but the move came about half a year after the agency in September 2021 found unsanitary conditions there.

Minnesota health officials and a whistleblower also raised concerns in the intervening months with conditions at the plant, prompting questions as to why it took the FDA so long to act.

After the plant was shut down and Abbott issued a voluntary recall, shortages of formula began appearing—a problem that has still not been solved.

The inspector general said it would determine whether the FDA followed applicable policies and procedures to conduct inspections of the Sturgis facility and when overseeing Abbott’s recall.

The audit is expected to be completed in 2023.

An FDA spokesperson told The Epoch Times in an email that the agency intends to cooperate with the review.

If the watchdog “identifies any actionable items and provides the agency with any recommendations, the FDA will review expeditiously to determine the best course of action,” the spokesperson said. “In the interim, the FDA has initiated its own review of the actions around the investigation into Abbott’s Sturgis, Michigan, as well as the associated response so that we can make improvements to our programs, processes, and decision making.”

Rep. Rosa DeLauro (D-Conn.) applauded the audit, which she requested in February.

Revelations since then have made clear “that the FDA dropped the ball—dragging their feet to responding to damning allegations of substandard practices and fraud delivered by a credible whistleblower,” DeLauro said in a statement. “I commend the OIG for taking this critical step to get answers as to why this unreasonable delay was allowed to occur—especially when a product we feed to our babies was at the center of allegations of wrongdoing. I hope the OIG moves speedily to uncover answers so that we can prevent this crisis from potentially happening again.”

Dr. Robert Califf, the FDA’s commissioner, told members of Congress in May that the FDA’s response to complaints about the Sturgis plant was “too slow.”

Still, “to this day, I can find no evidence of intentional delay or malfeasance,” he said.

According to the agency, the whistleblower complaint, lodged in October 2021, was not seen by senior agency officials because of mail issues that officials blamed on the COVID-19 pandemic.

Abbott products were later linked to infections of Cronobacter, a bacteria, in infants, with two of them dying. Authorities said parents of the babies reported using the products. Abbott said evidence of the bacteria was found in the plant but not in any formula. The FDA said a review of Abbott’s records showed the company destroyed products “due to the presence of Cronobacter.”

The Centers for Disease Control and Prevention closed an investigation on May 12. The agency said patient samples did not match the strains of Cronobacter found in Abbott’s facility. An FDA analysis is ongoing.

Abbott and the FDA on May 16 entered a consent decree that set a pathway to reopen the Michigan factory. Abbott currently projects resuming production on June 4.