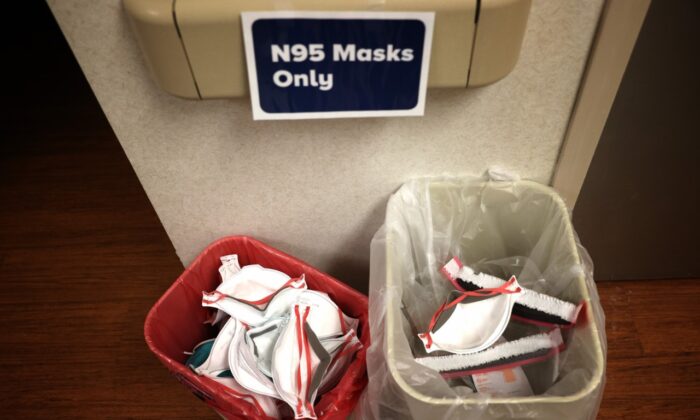 The Food and Drug Administration (FDA) has revoked approval for more than 60 N95-type mask manufacturers in China to export to the United States, after testing found that many of their products did not meet quality standards.

The agency on May 7 cut the number of authorized manufacturers in China to 14 from around 80. Previously, on April 3, it had authorized the import of China-made masks that hadn’t been tested to counter shortages in personal protective equipment. One condition of that policy, however, was that the masks be tested by independent labs. Millions of masks had been imported since then.

Testing by the National Institute for Occupational Safety and Health (NIOSH) under the Centers for Disease Control and Prevention found that many of the masks did not meet the filtration standard—that is, they should filter out 95 percent of particles that are 0.3 microns or larger, according to the FDA.

Certain masks from China “may not provide consistent and adequate respiratory protection to health care personnel exposed to COVID-19,” the FDA said in a Thursday letter to healthcare providers.

The agency said it is also increasing checks on masks imported from China and will subject shipments to random testing, Bloomberg reported.

The decision comes amid rising backlash over shoddy Chinese-manufactured medical equipment during the pandemic. A growing list of countries, from Finland to the Netherlands, have recalled or sent back faulty masks, test kits, and protective suits.

In April, Missouri recalled thousands of KN95 masks from China that had been distributed to first responders, after testing found that that they did not meet standards.

Federal authorities are also working to stem the influx of counterfeit masks, with the U.S. Immigration and Customs Enforcement teaming up with American firms including 3M, Amazon, and Pfizer to identify low-quality medical gear entering into the country, the Wall Street Journal reported.