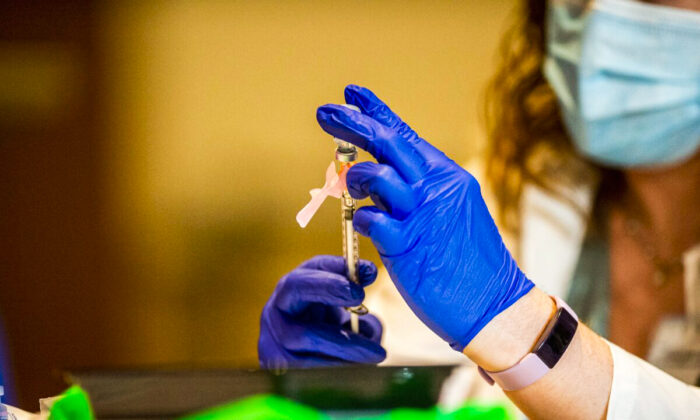 Pharmacist Colleen Teevan reconstitutes the Pfizer-BioNTech vaccine before having it administered to people at the Hartford Convention Center in Hartford, Connecticut, on Jan. 4, 2021. (Joseph Prezioso/AFP via Getty Images)
By Jack Phillips