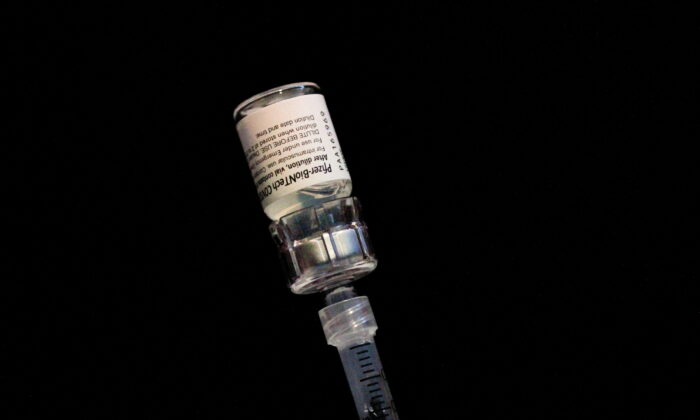 A health worker draws a dose of Pfizer-BioNTech COVID-19 vaccine in Miami, Fla., on Aug. 5, 2021. (Marco Bello/Reuters)
By Zachary Stieber