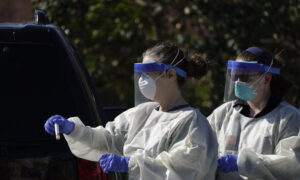 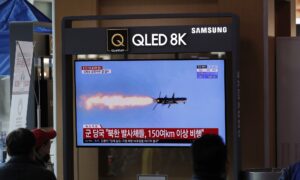 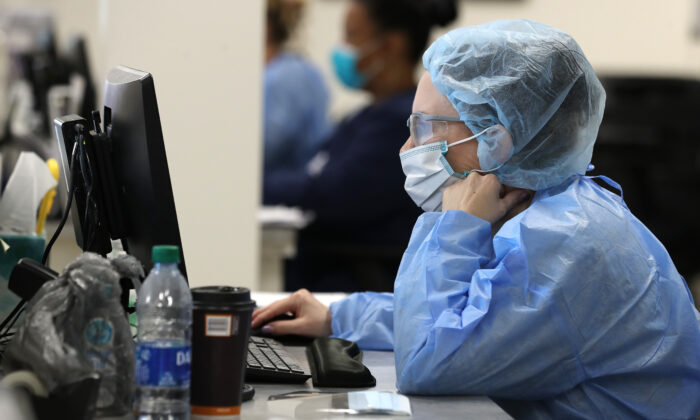 Unlike tests to diagnose diseases, antibody tests show who has been infected and recovered. However, it is still unclear whether the presence of antibodies guarantees long-term immunity to the CCP (Chinese Communist Party) virus, commonly known as the novel coronavirus.

The body makes antibodies in response to many illnesses and infections, including other coronaviruses. New blood tests are in development to identify antibodies unique to SARS-CoV-2, the official name of the virus.

It brings the total number of antibody tests authorized by the FDA to three. The companies issued authorization this week include Chembio Diagnostic Systems, Inc. and Ortho Clinical Diagnostics, according to a release from the federal agency. Cellex received authorization from the FDA in early April.

The antibody test from Chembio Diagnostic Systems, Inc works by analyzing a blood sample taken from an individual’s finger, a member of the board of directors, Gail Page told KVUE.

“It’s a finger stick, and it can be analyzed in 15 minutes,” Page explained, adding that the company has started to distribute the test. “The other value to that is that we do have two different sized readers. So it helps you to decentralize the testing depending on whether you’re a physician’s office, or an emergency room, a clinic.”

Ortho Clinical Diagnostics has also started to distribute its antibody tests, according to a press release.

“Our focus on improving patients’ lives through diagnostics led us to rapidly develop this test, providing one of the key resources needed for diagnosing and treating COVID-19,” CEO Chris Smith said in a statement.

Antibody tests are considered a potential game-changer in the battle to contain infections and offers the chance to get the economy back on track by identifying people who may have immunity to the virus and could return to their jobs.

The FDA has warned that the tests may be unreliable at times, as antibodies may not always be detectable in the early stages of infection.

“It is possible for this test to give a negative result that is incorrect (false negative)” in some patients with COVID-19, the disease caused by the CCP virus, the FDA notes in a fact sheet.

“A negative result may occur if you are tested early in your illness, and your body hasn’t had time to produce antibodies to infection,” the agency said. “ This means that you could possibly still have COVID-19 even though the test is negative.”

Experts, however, say data from the tests are necessary to determine what proportion of the population has immunity to the virus.

“And then there’s a further question of how protective that immune response is,” Marc Lipsitch, a professor of epidemiology at the Harvard T.H. Chan School of Public Health told USA Today.

Under the FDA’s recently relaxed rules allowing for the distribution of some tests before they receive regulatory clearance, Abbot Laboratories on Wednesday said it would begin shipping a new antibody test that can tell whether a person has ever been infected.

The company said it plans to ramp up manufacturing to produce 20 million tests per month by June and hopes to distribute nearly 1 million tests this week to hospitals and labs in the United States.

Abbott’s test identifies the IgG antibody, a protein that the body produces in the late stages of infection and may remain for up to months and possibly years after a person has recovered.

The company said it plans to file for FDA approval for its test through the emergency use pathway and would work on expanding its testing to detect the antibody, IgM, made by the body a few days after infection.