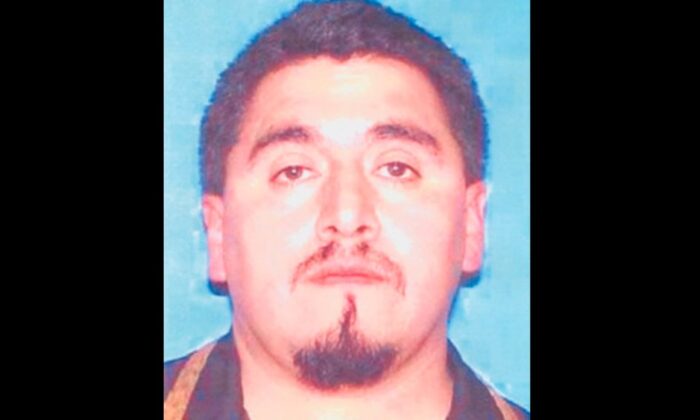 Octaviano Juarez-Corro in an undated photo (FBI)
US News

FBI’s ‘Most Wanted’ Fugitive Caught in Mexico After 16 Years

An alleged killer on the FBI’s Ten Most Wanted Fugitives list was captured in Mexico after being on the run since 2006, the FBI said on Feb. 4.

Octaviano Juarez-Corro, 48, is alleged to have killed two people and injured three others during a Memorial Day 2006 picnic at Milwaukee’s South Shore Park on Lake Michigan, according to the FBI. His estranged wife was one of those who were injured, the bureau said.

According to the Milwaukee Journal Sentinel, before the shooting, Juarez-Corro confronted his wife and demanded to see his 3-year-old daughter. After he was told he couldn’t, the suspect, who was involved in a divorce, allegedly pulled the gun and demanded that five people at the party get down on their knees, according to the report.

Juarez-Corro then shot them “execution-style,” said the FBI in the Journal Sentinel report. His wife suffered several gunshot wounds but survived.

The Journal Sentinel reported that hundreds of people were in the park at the time.

Juarez-Corro, who was added to the list in September 2021, was located in Zapopan, Guadalajara, Mexico, by local authorities, said the FBI on Feb. 4.

It’s not clear if Juarez-Corro has an attorney or if he’ll be extradited back to the United States.

“Octaviano Juarez-Corro spent the last 16 years running from law enforcement, hiding in another country, and believing time and distance was on his side,” Special Agent in Charge Michael Hensle said in a news release.

“The FBI has a long reach and extraordinary law enforcement partnerships across the globe. I commend the tireless efforts of all our partners from Milwaukee to Mexico in closely coordinating with the FBI in capturing this wanted fugitive and helping to bring this violent offender to justice, as well as closure to the victims and their families,” the release added.

“The Milwaukee Police Department appreciates all of the efforts by the FBI and assisting law enforcement agencies involved in the apprehension of Octaviano Juarez-Corro,” Milwaukee Police Chief Jeffrey Norman also said. “With his capture, we are one step closer to bringing justice and closure to the victims, the victims’ families and everyone that was impacted by this tragic incident. I am committed to working with our community and system partners to build sustainable neighborhoods free of crime that are built on positive relationships.”