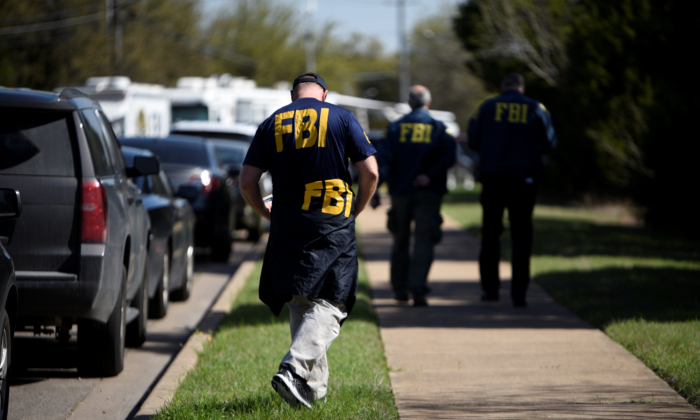 'Now, no child will be sold for sex through this website'
By Ivan Pentchoukov
biggersmaller
Print

American law enforcement agencies have seized the sex marketplace website Backpage.com as part of an enforcement action by the FBI, according to a notice posted on the website on April 6.

Nearly three-quarters of the cases submitted to the National Center for Missing and Exploited Children relate to ads posted on Backpage.com, the center told Congress.

Groups and political leaders working to end forced prostitution and child exploitation celebrated the shutdown of Backpage, a massive ad marketplace that is primarily used to sell sex.

“It’s a huge step. Now, no child will be sold for sex through this website,” wrote Sen. Heidi Heitkamp (D-N.D.), in a tweet.

Heitkamp helped to draft legislation passed by the Senate on March 21 that makes it easier for state prosecutors and victims of sex trafficking to sue social media networks, advertisers, and others that fail to keep exploitative materials off their platforms.

President Donald Trump will sign the bill into law next week, said Heitkamp. The legislation, featured prominently in the popular Netflix documentary “I am Jane Doe,” amends the Communications Decency Act, which has shielded website operators from state criminal charges or civil liability if they facilitate sex ads or prostitution.

The Backpage.com notice said U.S. attorneys in Arizona and California, as well as the Justice Department’s section on child exploitation and obscenity and the California and Texas attorneys general had helped shut down the website.

The Justice Department said late on Friday that a court in Arizona ruled that the Backpage.com case remains sealed, which puts any legal information under wraps. In the posting about the seizure, the department had originally said more information would be made public on Friday evening.

A Phoenix FBI official said that there was “law enforcement activity” at the Sedona, Arizona home of Michael Lacey, one of the founders of Backpage, but referred further inquiries to the Justice Department.

Reuters was unable to reach representatives of Backpage for comment.

Backpage has affiliates across the country and around the world, and by 2014 brought in annual revenue of $135 million, the New York Times has reported.

“Shutting down the largest online U.S. marketplace for sex trafficking will dramatically reduce the profitability of forcing people into the commercial sex trade, at least in the short term,” said Bradley Myles, chief executive of Polaris, an international anti-slavery group that runs the National Human Trafficking Hotline.

There would be “a dramatic shift in the marketplace starting tonight,” he added.

The Supreme Court in January 2017 refused to consider reviving a lawsuit against Backpage that was filed by three young women, who accused it of facilitating their forced prostitution.

In 2016, Texas and California authorities raided the company’s Dallas headquarters and arrested chief executive Carl Ferrer and other former company executives on pimping-related charges. The judge in the case ruled the website was protected by the First Amendment, and it was not liable for the speech of third parties.