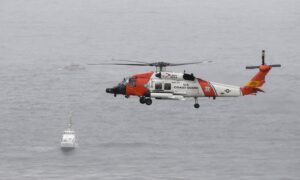 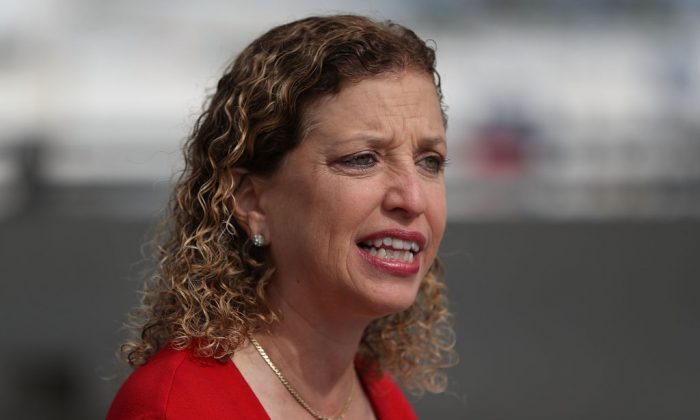 Rep. Debbie Wasserman Schultz (D-FL) speaks to the media about, 'President Trump's budget crisis', at the Fort Lauderdale-Hollywood International airport on March 14, 2017 in Fort Lauderdale, Florida. The congresswoman criticized the proposed cuts to the TSA, FEMA, and NOAA as well as the changes to the Affordable Care Act. (Photo by Joe Raedle/Getty Images)
Crime and Incidents

Agents from the Federal Bureau of Investigation (FBI) seized smashed hard drives from the home of an information technology (IT) contractor for Democratic Rep. Debbie Wasserman Schultz, according to two unnamed sources who spoke to The Daily Caller.

Pakistani-born Imran Awan has been the IT contractor for the former Democratic National Committee (DNC) chairwoman since 2005. Awan has been desperately trying to recover the hard drives, according to a person the FBI investigators interviewed.

Fellow IT staffers interviewed by The Daily Caller said that Awan’s group had a computer that transferred data to an offsite server.

The FBI has joined what Politico called a criminal investigation by Capitol police into the activities of Awan and three of his relatives who had access to emails and files of more than two dozen House Democrats, according to a source in Congress who spoke to The Daily Caller.

There is also evidence that the probe extends beyond U.S. borders into Pakistan, where Awan spent a significant amount of time. In March, Speaker of the House Paul Ryan said that Capitol police are getting help and resources as the probe expands.

Awan’s wife, Hina Alvi, his younger brothers, Abid and Jamal, and his best friend Rao Abbas, have received $4 million from House Democrats since 2009. They started appearing on the payrolls of Democratic lawmakers soon after Awan secured a job withWasserman Schultz in 2005.

The five are accused of stealing equipment from House Democrats’ offices and committing serious violations on the House IT network, according to sources who spoke to the Daily Caller.

When the criminal probe was revealed in February, Awan moved out of his house and listed it for rent on a website for military families. The marine who moved into the home found hard drives, wireless routers, and cabinets lined against the wall for recycling.

“They left in a huge hurry,” the Marine said. “It looks like government-issued equipment. We turned that stuff over.”

Wasserman Schultz resigned from the DNC in 2016 after the organization’s servers were hacked. She has refused to fire Awan despite an active criminal investigation into his group’s activities.

The marine was disgusted by the lack of reaction from Democratic lawmakers on the matter.

“I served in the Marine Corps for 14 years; if I downloaded files to an offsite server, I’m going to prison for a lot of years,” the Marine said.

“If Donald Trump and the Republicans had hired foreign nationals to be their top IT guys and somehow their congressional files had been compromised, this would have been all over the news,” he added.